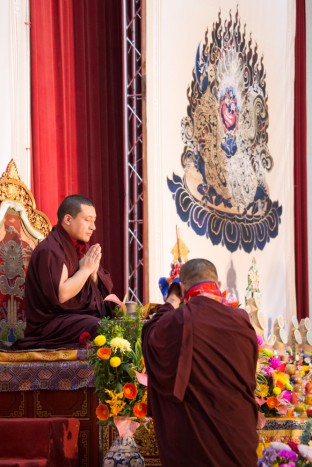 The previous day, Karmapa had given the empowerment of Chenresig, the Buddha of Compassion. Mahakala is a Buddhist Dharma protector, and although his outer appearance is wrathful, his essence is also enlightened compassion.

The two-armed form of Mahakala is considered to be the main protector of the Karma Kagyu lineage, and is called upon in Karmapa’s prayer for the swift rebirth of Shamar Rinpoche.