Lama Jigme Rinpoche is the General Secretary for Thaye Dorje, His Holiness the 17th Gyalwa Karmapa. Rinpoche is an accomplished Buddhist teacher and author, and leads the Dhagpo Buddhist centres in France.

Lama Jigme Rinpoche was born in 1949 in the Kham region of eastern Tibet. Part of the noble family of Rangjung Rigpe Dorje, His Holiness the 16th Gyalwa Karmapa, Rinpoche is the brother of the late 14th Shamar Rinpoche, Mipham Chokyi Lodro. After the Chinese invasion, he left Tibet with the 16th Karmapa and many other teachers. In the then kingdom of Sikkim, they settled in Rumtek, where Rumtek monastery was built, the main seat of the Karmapa. Here, Rinpoche received all of the main transmissions and teachings directly from the 16th Karmapa, as well as receiving teachings from many other eminent masters. 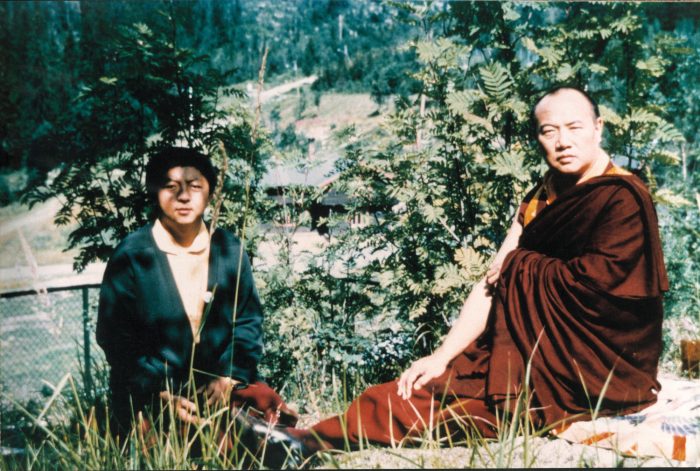 When the 16th Karmapa came to Europe in the 1970s, he saw that people were open to the wisdom of Buddhist teachings. In order for the Dharma to flourish, he expressed the wish for five conditions to be fulfilled: for a Buddhist university (Tibetan: shedra), library, retreat centre, and a monastery to be constructed, and for Dharma centres to be founded throughout Europe.

On his very first visit to Europe, the 16th Karmapa chose Dhagpo Kagyu Ling in the south of France to be the main seat of his European activity, and appointed Lama Jigme Rinpoche to remain there as his representative. Rinpoche, aided by other high lamas including Gendun Rinpoche and Pawo Rinpoche, accomplished all of the five wishes of the 16th Karmapa, and the Dharma continues to flourish in Europe and the West.

Lama Jigme Rinpoche fulfilled this function for the 16th Karmapa continuously, and now performs this same activity for Thaye Dorje, His Holiness the 17th Gyalwa Karmapa. In recognition of his immense capabilities, Karmapa appointed Jigme Rinpoche his General Secretary. 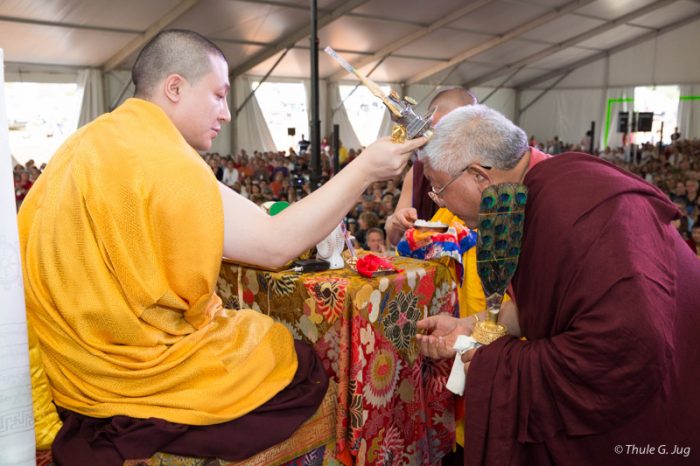 When the 16th Karmapa appointed Lama Jigme Rinpoche as his representative in Europe, he said: “In the person of Lama Jigme Rinpoche, I leave you my heart”. Jigmela, as he is affectionately known today by his students, continues travelling throughout Europe and over the world, giving empowerments, teaching, and inspiring all those who meet him. 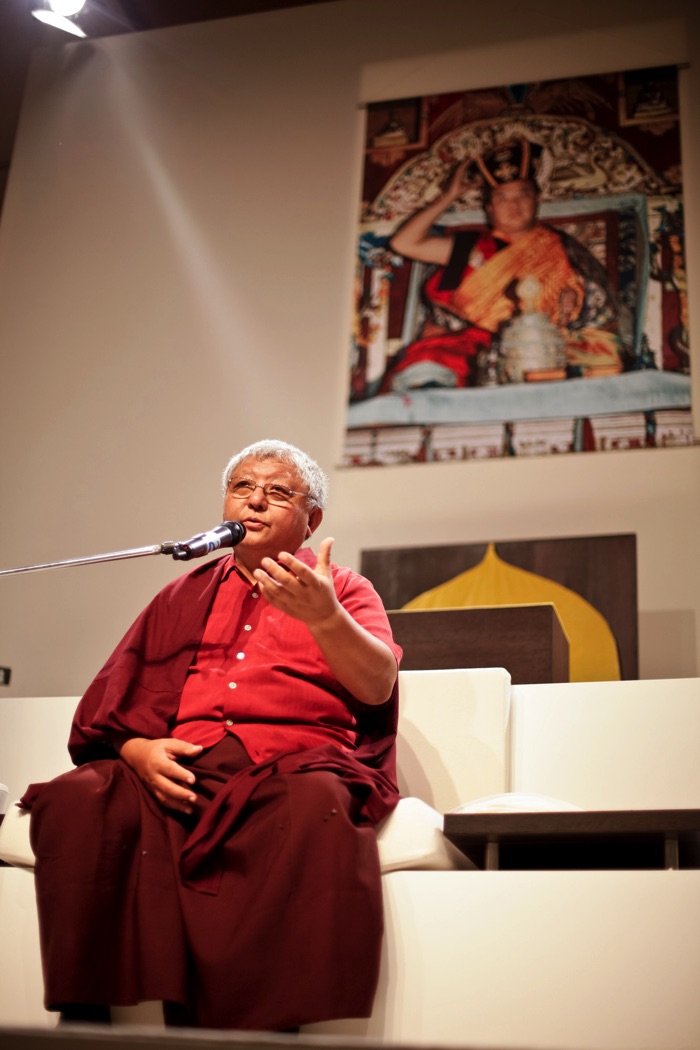 A thousand years of history

His Holiness the 16th Karmapa was one of the greatest meditation masters of the 20th century. Find out why he was the inspiration and guide for so many people in the life of the 16th Karmapa.

One of the most famous of the Indian masters of the Kagyu lineage, Naropa gave his name to the Six Yogas of Naropa, advanced meditations that are still practiced today.  > Life story of Naropa.