Day 9: Taiwan, 6 December 2014. Thaye Dorje, His Holiness the 17th Gyalwa Karmapa, gave the empowerment of Thousand-Armed Chenresig to around 1,000 people in Hualien. Chenresig (Avalokiteshvara in Sanskrit) is the fully enlightened Buddha of Compassion. The Karmapas are considered to be emanations of Chenresig.

The Governor of Hualien, Mr. Fu Kun-Chi, gave a speech introducing Karmapa. Karmapa then gave a speech thanking the governor, and explained the meaning of the empowerment for those present. 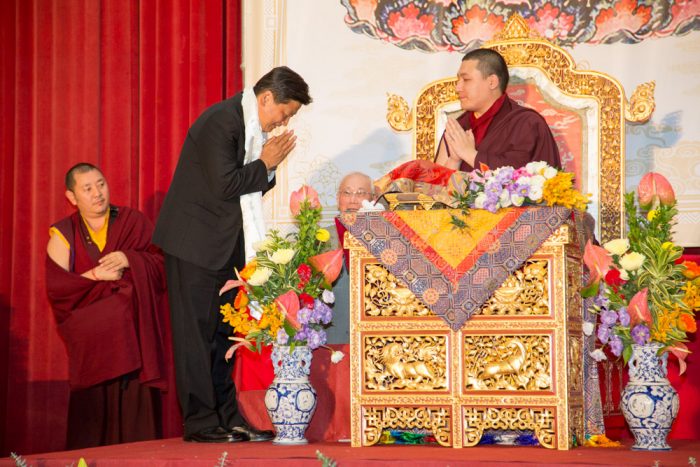 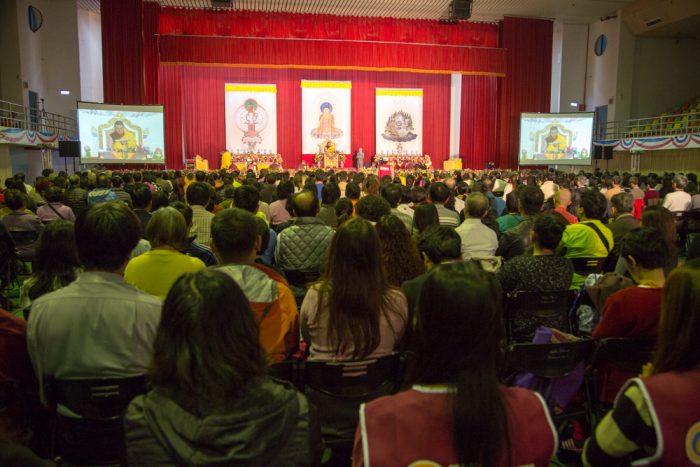