Day 9: Taiwan, 6 December 2014. The Governor of Hualien County, Mr. Fu Kun-Chi, invited Thaye Dorje, His Holiness the 17th Gyalwa Karmapa, as the chief guest for an interfaith meeting. Delegates from the major religions represented in the local area came together in Hualien County Stadium and performed prayers individually according to their tradition. More than 5,000 people attended the event.

Karmapa was the keynote speaker and gave a speech at the end of the event. As Karmapa has said: “Everyone wants peace, as well as freedom in this world – and this can be achieved through developing compassion and wisdom.” 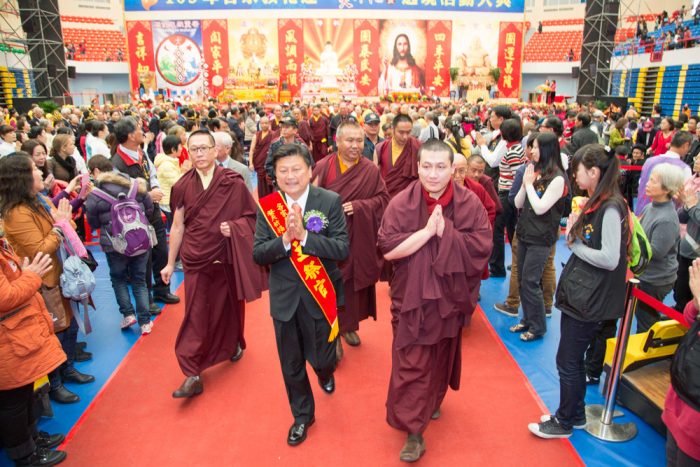 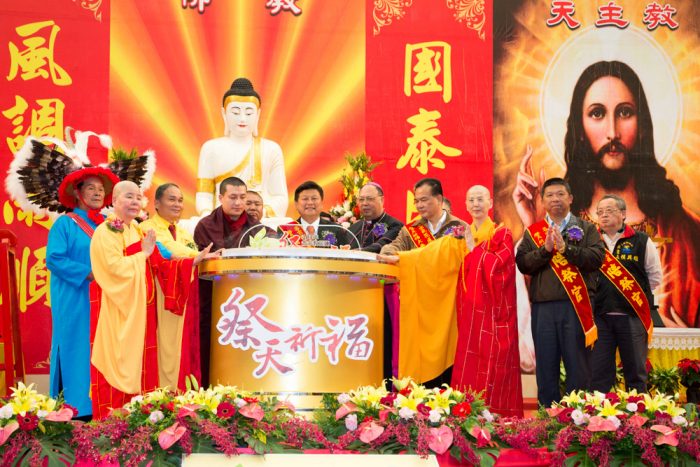