During the center visit, Lama Puntsok offered a mandala to Karmapa Thaye on behalf of all assembled, and Karmapa gave some words of encouragement to the practitioners. 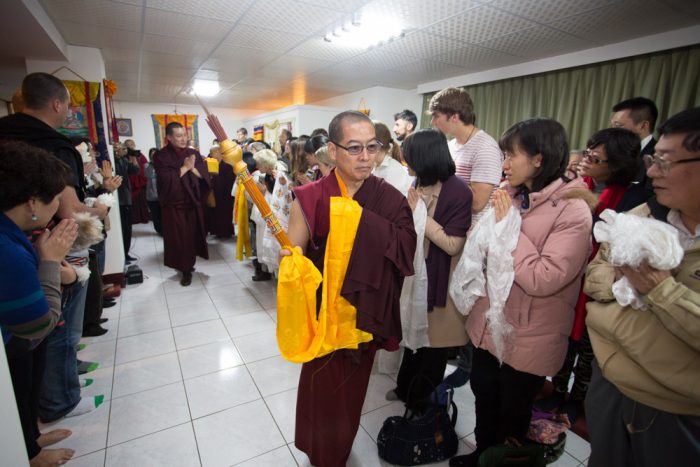 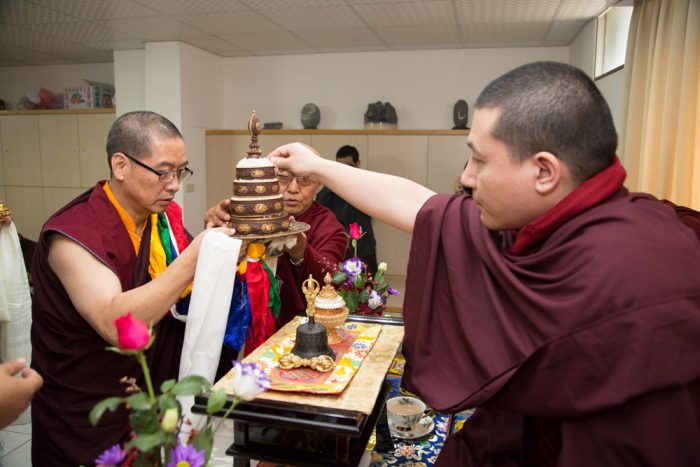