As part of his ten-day Dharma programme in Malaysia, Thaye Dorje, His Holiness the 17th Gyalwa Karmapa, led the Vesak ceremonies at the Karma Kagyu Dharma Society Kuala Lumpur. Vesak is the traditional celebration of the day when the Buddha attained enlightenment. It is also the day when he was born, and when he passed into final Parinirvana.

On 20 May, the evening before Vesak, Karmapa led the Buddhist masters present in a puja of Amitābha, the Buddha of Limitless Light.

Karmapa then gave a teaching about Vesak and the Buddha:

Since today is Vesak Eve, we will practice Chenresig, the Buddha of Compassion, as a preparation practice for the actual day of Vesak, which is a very special occasion.

What is special about this Eve is that it is the last evening where Prince Siddhartha was known as a samsaric or an ordinary being. So if you had been there in Bodhgaya, some 2,500 years ago, and observing what was happening around the Mahabodhi Temple, then Prince Siddhartha would be meditating under the Bodhi Tree right now, and from here onwards until sunrise he would be applying his samadhi, or meditation skill or ability – a particular type of samadhi in this case, known as the vajra-like samadhi. Vajra meaning indestructible – “dorje” in Tibetan.

So it is through this vajra-like samadhi or concentration or meditation that he completely destroys or eradicates the very last fractions of karma and klesha (disturbing emotions) – so mild, so small that we cannot even comprehend their size. So now he’s eradicating the last stages of karma and klesha – and as the sun rises, just around that time, then he had managed to completely eradicate the karma and klesha, their very root, and as a result he becomes a Buddha.

And so we must do our best to at least not forget that, to at least be aware of it. If we can do more than that, of course that’s great, but if we can, we should at least remind ourselves that something extraordinary happened.

After the practice of Chenresig, the Buddha of Compassion (Avalokiteshvara in Sanskrit), everyone symbolically offered a bath to the Buddha, represented here in the form of a statue. Such bath offerings are meant to purify our own obscurations. The Buddha himself has no veils or impurities left, but acts here as a support for our own practice. 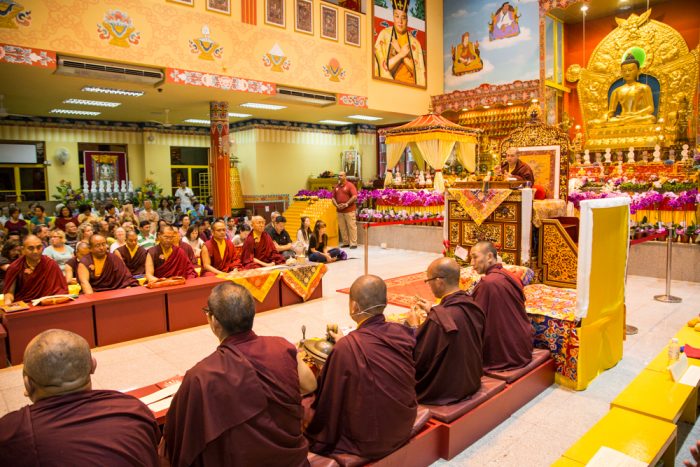 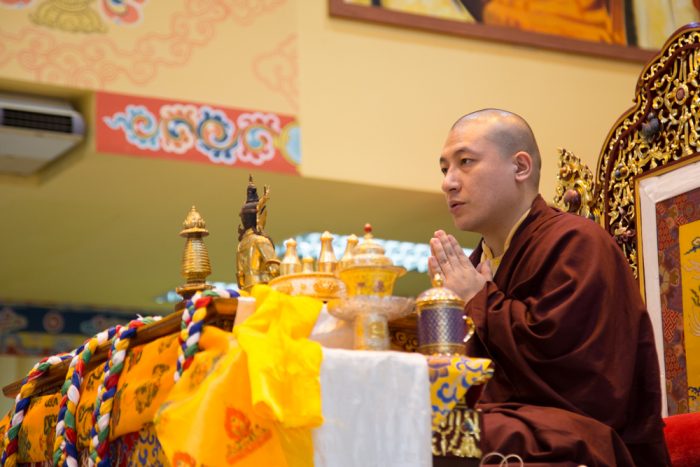 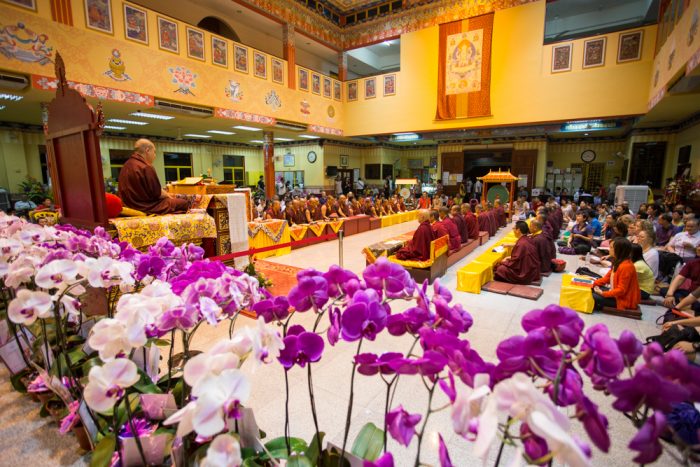 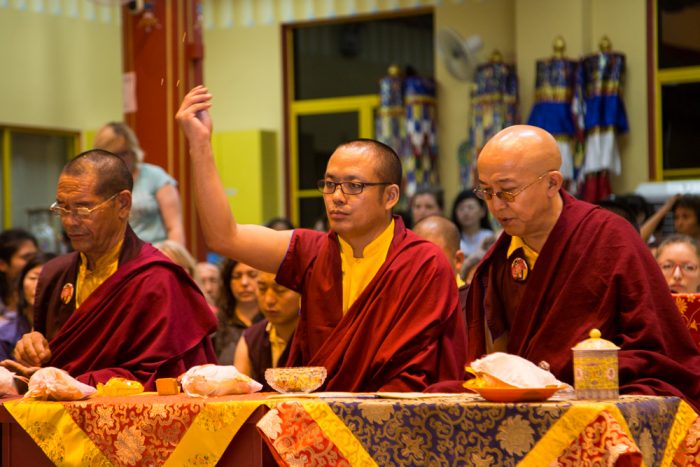 On 21 May, Vesak morning, Karmapa led the Puja of Buddha Shakyamuni and the 16 Arhats. Afterwards, Karmapa blessed the devotees filling the hall.

In the evening, Karmapa was received by the Chief Venerable of the Buddhist Maha Vihara temple in Brickfields for the start of the annual floating procession. Accompanied by famous Sri Lankan musicians, the procession made its way from the shrine hall to the P H Hendry Hall. The procession is jointly organised each year by all Buddhist schools represented in Malaysia: Theravada, Mahayana and Vajrayana.

During the event, speeches were made by the Chief Venerable, Ven. Ming Ji (Chairman of MBA Selangor State), His Holiness, the President of the Buddhist Maha Vihara (bro. Sirisena Perera), the Chairman of the Joint Vesak Celebration Committee (JWCC) Mr NG Hong Pau, the Minister of Transport for Malaysia Ven Dato’ Sri Liow Tiong Lai, and by Thaye Dorje, His Holiness the 17th Gyalwa Karmapa, the supreme head of the Karma Kagyu lineage.

All the speakers expressed their conviction that unity and harmony among the Buddhist schools was paramount, and emphasised that they all originated with a common teacher, Buddha Shakyamuni. 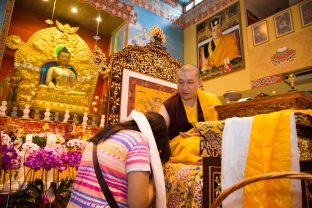 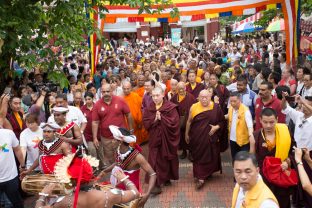 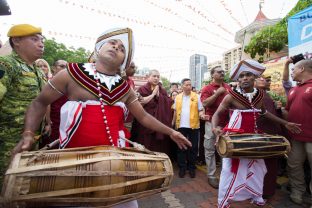 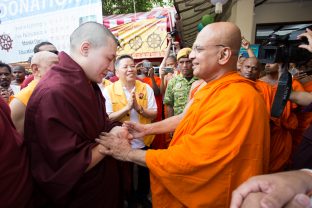 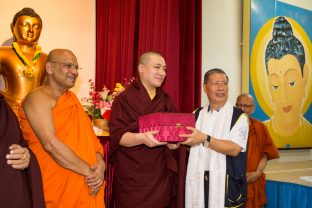 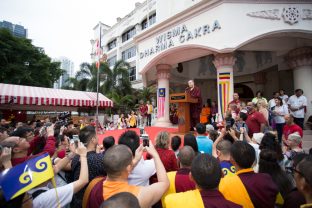