Thousands gathered in the Taipei Expo Park to see Thaye Dorje, His Holiness the 17th Gyalwa Karmapa, lead the King of Aspiration Prayers for the living and the deceased following recent natural disasters in Taiwan.

Rinpoches and monks from the different schools of Tibetan Buddhism came together to be with Karmapa, while more than 10,000 people watched the live-streamed event.

Karmapa was led to the main stage by a large procession of monks, before sitting on his throne. After sacred offerings were presented to Karmapa, the Nyingma school venerables performed a beautiful Vajra dance to dispel obstacles.

Karmapa offered a speech in which he expressed his gratitude for Taiwan hosting him for the fifth time. He offered aspirations and spoke about the importance and purpose of the practice of compassion:

Whether we know the rituals or not, compassion is something that we all have as a quality.

During the four hour event, the “Tibetan Buddhist Prayer for World Peace and Harmony,” monks performed the 16 Arhats Puja and recited Samantabhadra’s King of Aspiration Prayers. Karmapa led the audience in the four-armed Chenrezig practice. There were offerings of body, speech and mind presented to Karmapa.

Before Karmapa departed, hundreds of practitioners lined up to receive blessings from Karmapa, the leader of the Karma Kagyu school of Tibetan Buddhism.

In the days that followed, Karmapa was invited to be guest of honor for the opening ceremony of a Tibetan Buddhist exhibition at the National Palace Museum. He was also invited for a puja at a Mahayana Buddhist Center associated with Venerable Seik Hui Siong, Assistant Secretary General of the World Buddhist Sangha Council. 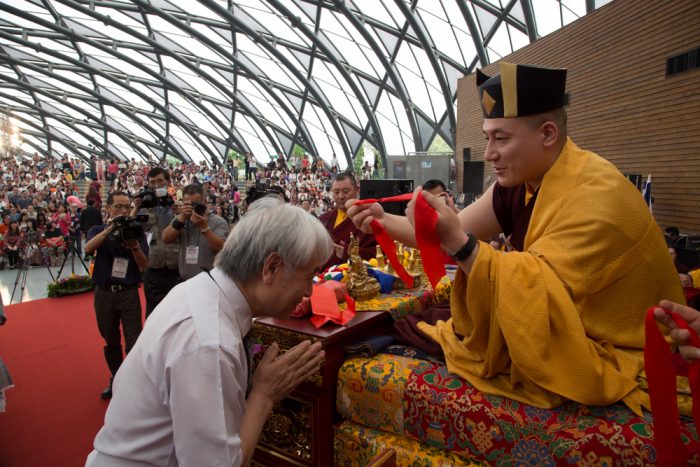 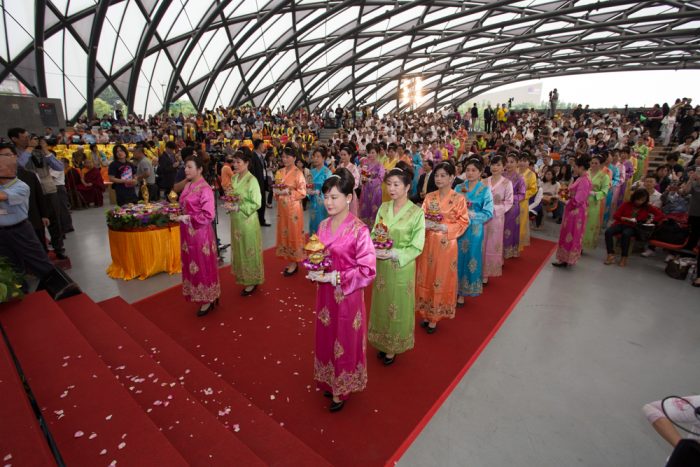 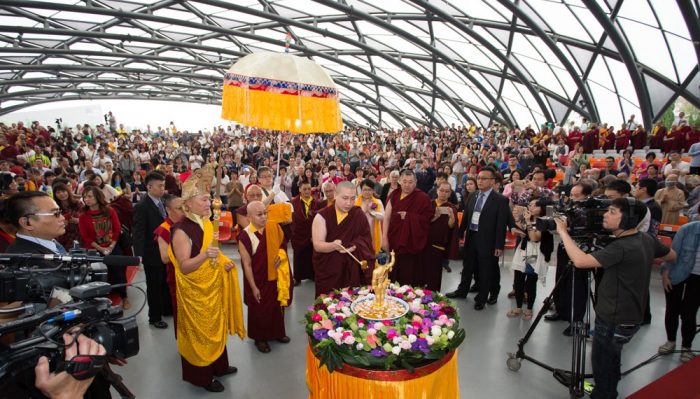 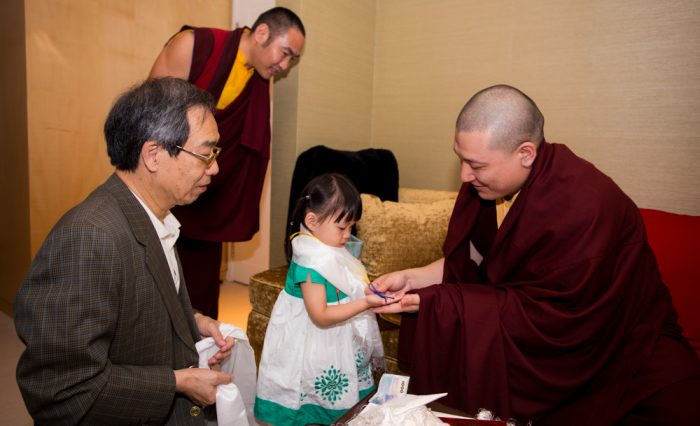