Thaye Dorje, His Holiness the 17th Gyalwa Karmapa, shares his aspirations today that all sentient beings will benefit from his European tour, which starts next month.

Karmapa’s teaching tour will take him to Sweden, Spain and France, and will be his first European trip since announcing his marriage earlier this year.

In France, Karmapa will offer public teachings and initiations on ‘simplicity’ and ‘depth’ at Alpexpo, the Grenoble congress and exhibition centre, from 10-15 August 2017. Karmapa looks forward to welcoming his dharma friends from Diamond Way Buddhism and other centres across France and the rest of Europe.

Karmapa says ‘Ever since my predecessor, His Holiness the 16th Gyalwa Karmapa, asked Lama Teunsang to become the spiritual director of the Montchardon Center, there has been the most wonderful transformation in the land, and a flourishing of the Buddha dharma.

Lama Teunsang is an elder and teacher who manifests the qualities of devotion and perseverance in abundance. I am grateful to Lama Teunsang and the volunteers and team at the Montchardon Centre for their gracious invitation, and the opportunity to offer some teachings in Grenoble.

My aspiration is that as many students as possible will be able to use the opportunity to be in Lama Teunsang’s presence, as he is a wonderful role model for the younger generation, and indeed all those who follow the path of a Bodhisattva.’

Full information about the program, booking and other information can be found at http://www.montchardon.org/informations-generales/?lang=en 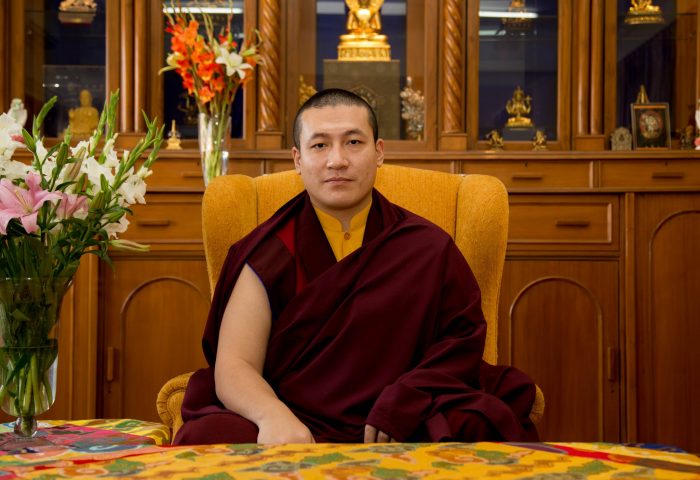