Thaye Dorje, His Holiness the 17th Gyalwa Karmapa, shares the following message regarding the passing of Pewar Rinpoche. 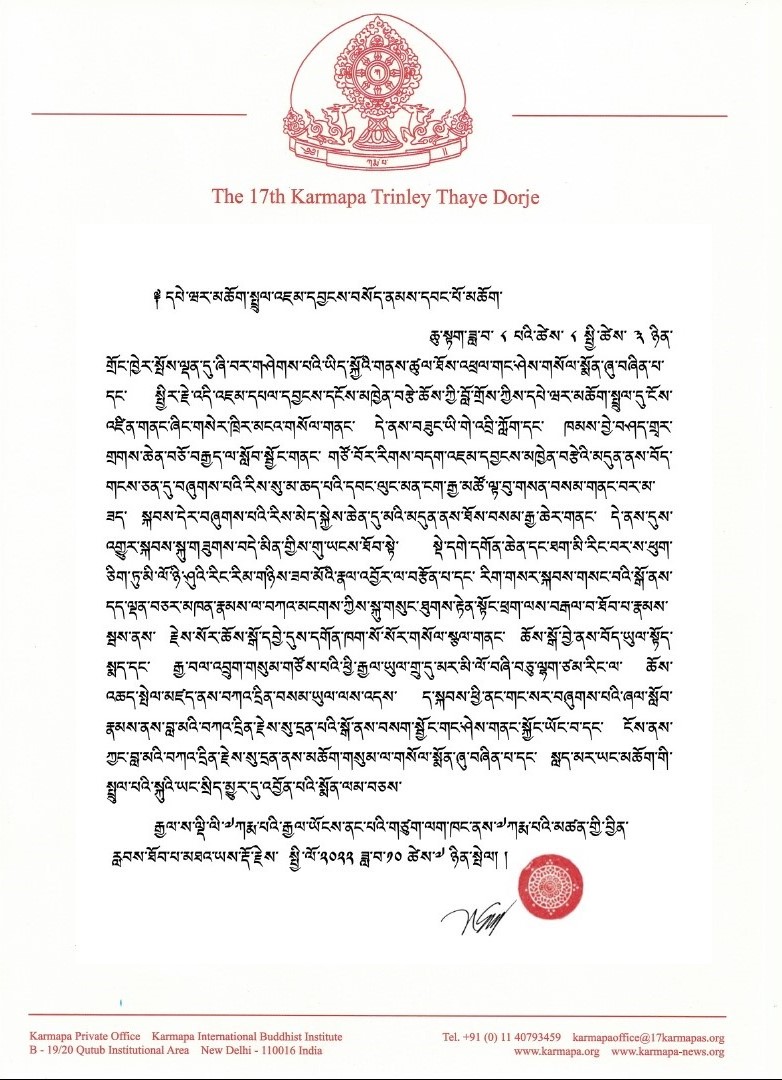 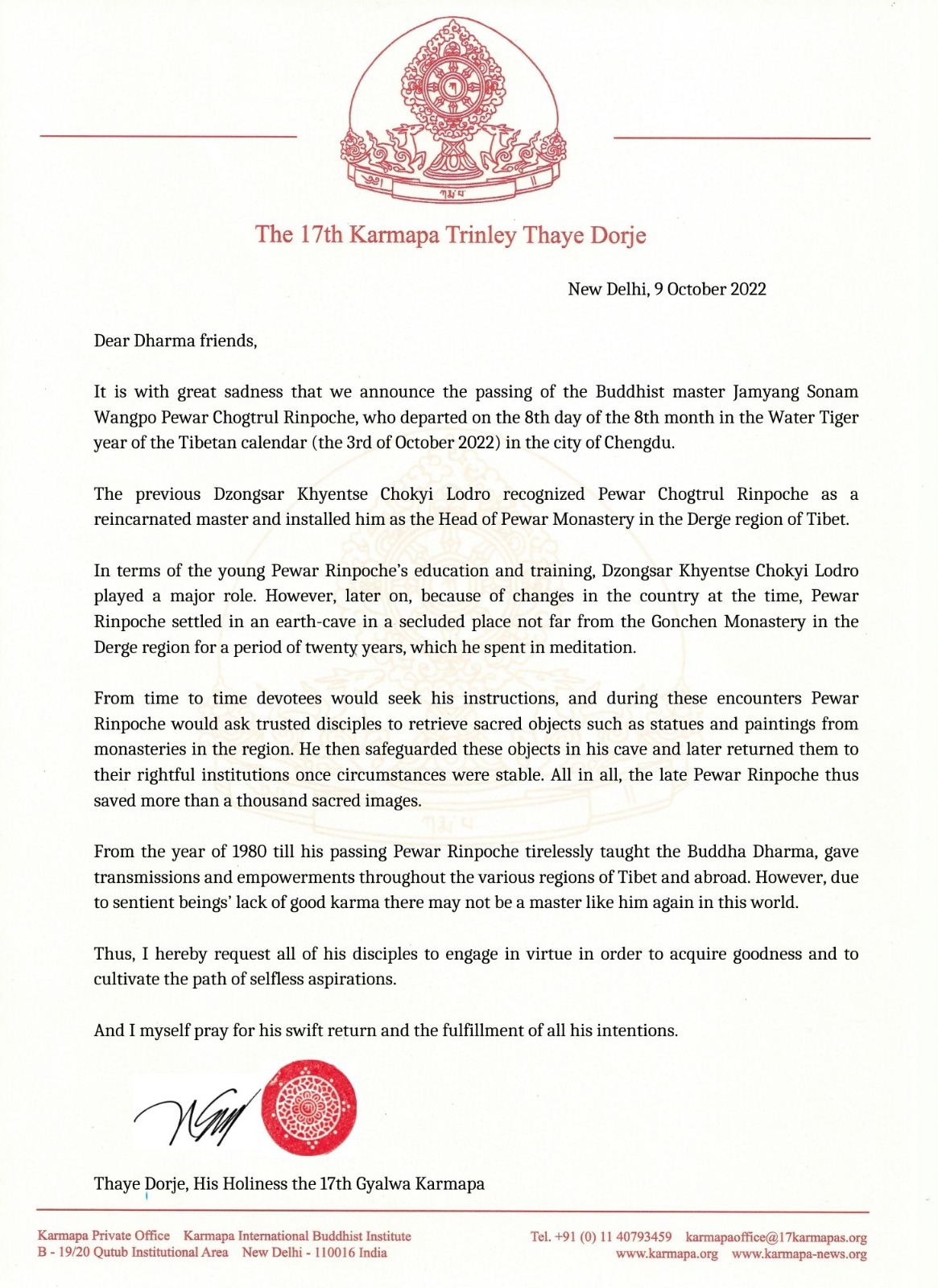 It is with great sadness that we announce the passing of the Buddhist master Jamyang Sonam Wangpo Pewar Chogtrul Rinpoche, who departed on the 8th day of the 8th month in the Water Tiger year of the Tibetan calendar (the 3rd of October 2022) in the city of Chengdu.

The previous Dzongsar Khyentse Chokyi Lodro recognized Pewar Chogtrul Rinpoche as a reincarnated master and installed him as the Head of Pewar Monastery in the Derge region of Tibet.

In terms of the young Pewar Rinpoche’s education and training, Dzongsar Khyentse Chokyi Lodro played a major role. However, later on, because of changes in the country at the time, Pewar Rinpoche settled in an earth-cave in a secluded place not far from the Gonchen Monastery in the Derge region for a period of twenty years, which he spent in meditation.

From time to time devotees would seek his instructions, and during these encounters Pewar Rinpoche would ask trusted disciples to retrieve sacred objects such as statues and paintings from monasteries in the region. He then safeguarded these objects in his cave and later returned them to their rightful institutions once circumstances were stable. All in all, the late Pewar Rinpoche thus saved more than a thousand sacred images.

From the year of 1980 till his passing Pewar Rinpoche tirelessly taught the Buddha Dharma, gave transmissions and empowerments throughout the various regions of Tibet and abroad. However, due to sentient beings’ lack of good karma there may not be a master like him again in this world.

Thus, I hereby request all of his disciples to engage in virtue in order to acquire goodness and to cultivate the path of selfless aspirations.
And I myself pray for his swift return and the fulfillment of all his intentions. 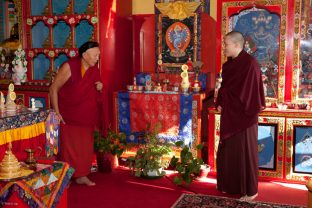 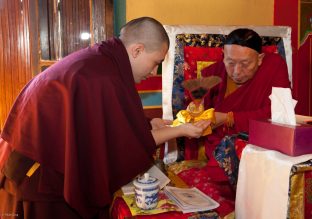 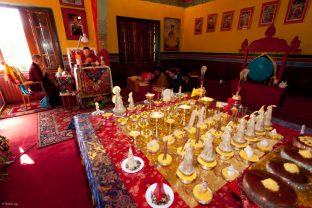 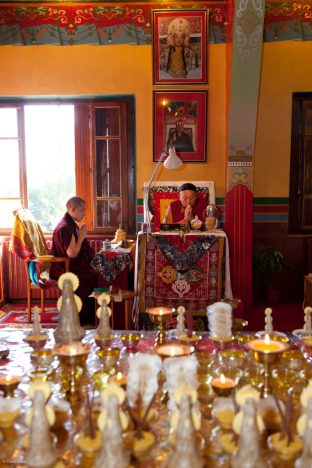 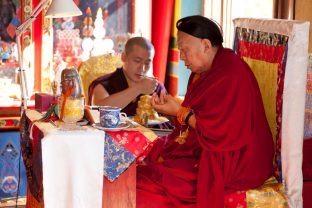 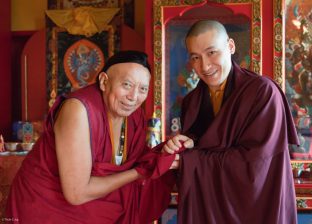 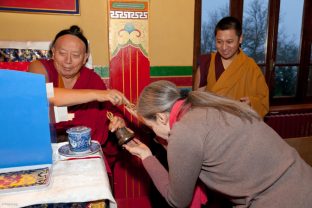 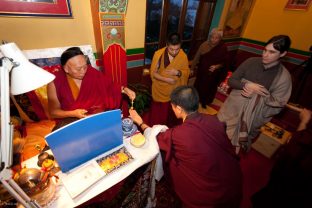 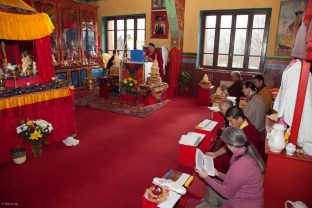 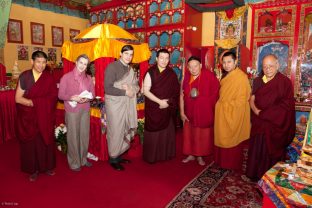 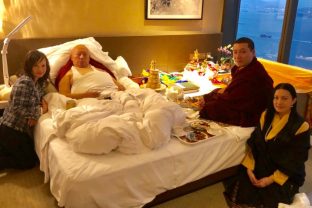 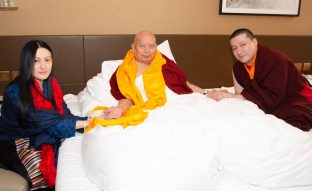