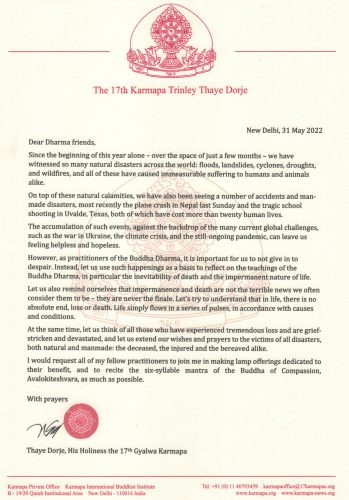 A transcript of the letter follows:

Since the beginning of this year alone – over the space of just a few months – we have witnessed so many natural disasters across the world: floods, landslides, cyclones, droughts, and wildfires, and all of these have caused immeasurable suffering to humans and animals alike.

On top of these natural calamities, we have also been seeing a number of accidents and man-made disasters, most recently the plane crash in Nepal last Sunday and the tragic school shooting in Uvalde, Texas, both of which have cost more than twenty human lives.

The accumulation of such events, against the backdrop of the many current global challenges, such as the war in Ukraine, the climate crisis, and the still-ongoing pandemic, can leave us feeling helpless and hopeless.

Let us also remind ourselves that impermanence and death are not the terrible news we often consider them to be – they are never the finale. Let’s try to understand that in life, there is no absolute end, loss or death. Life simply flows in a series of pulses, in accordance with causes and conditions.

At the same time, let us think of all those who have experienced tremendous loss and are grief-stricken and devastated, and let us extend our wishes and prayers to the victims of all disasters, both natural and manmade: the deceased, the injured and the bereaved alike.

I would request all of my fellow practitioners to join me in making lamp offerings dedicated to their benefit, and to recite the six-syllable mantra of the Buddha of Compassion, Avalokiteshvara, as much as possible. 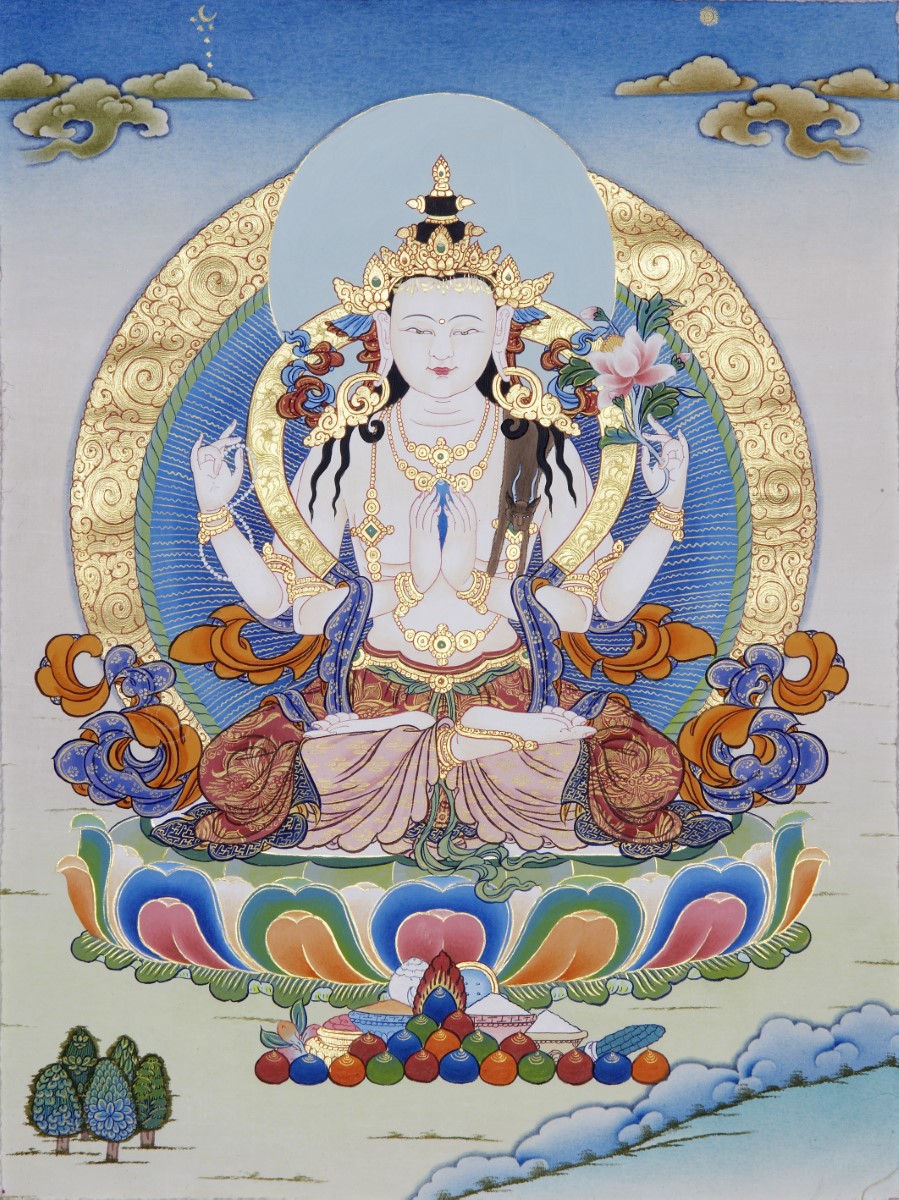