Some thoughts on peace

On 21 September 2020, the United Nations International Day of Peace, Thaye Dorje, His Holiness the 17th Gyalwa Karmapa, shares some thoughts on the concept of peace. 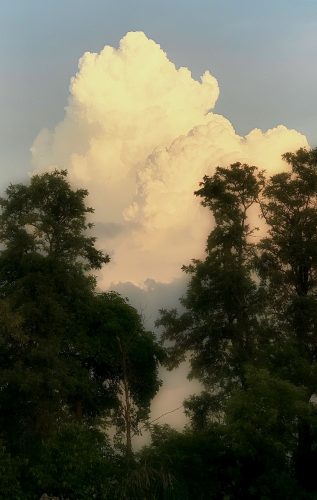 On this year’s International Day of Peace, it might be interesting to reflect on what peace really is. Is there such a thing as absolute peace, or is it an illusion?

We often use terms such as ‘peace’, ‘healthy’ or ‘unhealthy’, taking these terms for granted, as if they really described an absolute reality.  And the reason why we take them for granted is because these terms are actually very vague, so unless we compare what they seem to describe with something else, we cannot really pinpoint what they mean.

For example, at the moment we are supposed to be living in a state of peace because there is no major war going on (in the vast majority of our countries), and so we take that state for granted and call it ‘peace’. But if we zoom in and take a closer look, we see that within this state of peace there are all sorts of chaotic things happening, both on an individual and a collective level.

So ‘peace’ is difficult to define, because although we think that we live in peace, there is lots of violence, pain and confusion. On an individual level, there are various forms of quarrels and conflicts, personal grievances, accidents and bad health, and on a collective level there are natural and man-made disasters; all around there is a constant dissolving of previous patterns and the emergence of new patterns.

It is the same for health. In fact, there is no such thing as absolute good health; there are just various repetitive patterns that are recognised and defined by us as ‘healthy’ or ‘not healthy’, and we have reached an agreement as to how to define and label them, and so we feel satisfied.

The idea of peace is similar, I feel. There seems to be a pattern of peace when compared to a pattern that isn’t peace-like, a pattern that we identify as somewhat violent. And so, when that non-peace-like pattern gets exhausted, then a new pattern emerges, and most likely we will try to engage with this new pattern by identifying it as ‘peace’.

In truth, this emerging pattern may not be calming or peaceful at all, but it gives us some satisfaction because there is a change. So while we are getting used to this new pattern we pray that this new pattern may stay for as long as possible and we do everything within our power to make it stay.

Of course, the very fact that this new pattern emerged based on change, began with change, should already imply that it will itself come to an end and make way for another pattern.

But because we are too overburdened by the past pattern, too preoccupied hoping for a change, we don’t really take the time to understand the emergence of this new pattern.

So we are always repeating our old habits. We are again starting to grasp on to this new pattern, just as we did with the previous ones.

This is a concern for Buddhists. Thus, rather than searching for peace, Buddhists concern themselves with how this new pattern is appearing and how the previous one got exhausted.

There is no real absolute peace – the clean, clear, pristine, conceptual peace we are looking for can never be achieved. And hopefully we can recognise this as good news, because it means that we can let go of striving for it; so there is no room for anxiety.

Peace is just a concept, and as long as this concept has credibility, as long as everybody agrees that we share this concept and gets in line, then it is probably a good thing to observe this day.

But our problem is that we think peace is really reachable – and that misconception abuses the beauty of concept.

Because, as I have mentioned before, temporarily we can use such concepts, including the concept of peace, as a breather.

Otherwise, if we believe that there is an absolute, permanent peace to gain, this creates the very ground for anxiety – simply because we can never get it.

As long as we think that there is such a thing as peace, utopia, a Pure Land etc, then no matter how fervently we strive towards it, all our good intentions will just continue to pave the way towards more anxiety and confusion.

So, while we will not find an absolute peace, what we can observe is different patterns, not in terms of separate things but in terms of how one pattern that gets dissolved lets another pattern be born in its wake, by creating a vacuum. And as soon as the dissolving of the previous pattern creates this vacuum and thereby leaves a space, for some reason that space immediately gets filled. If we drag our hand across a body of water, obviously it will leave a space in its wake, and immediately that space gets filled. This analogy may help us to understand the emergence of a new pattern.

We don’t really know what the nature of that new pattern is – all we know is that there is change.

However, during the time of the previous pattern we came to what in Buddhism is called the ‘degenerate time’, the end time, the finale of that pattern; and once we get to the degenerate phase of any type of experience, towards the finale of that experience – be it because we can sense the approaching end of that particular pattern, be it because we are tired of living that experience over and over again – whatever the reason, we begin to yearn for something new, for a change, and so therefore, when the new pattern emerges we don’t really bother to look closely into what this new emergence is really like.

We are like someone out of breath, deprived of and yearning for oxygen, so when we get a chance to take a breath we blindly identify whatever it is that we are breathing as oxygen and inhale it deeply, with blind faith, even though what we so readily breathe in might not actually be oxygen at all.

In the same way, we blindly associate this new emergence that we have been yearning for with peace, without really examining its nature, without looking closely at what it really is. So we blindly embrace it, without actually knowing much about it.

Then, in time, even this new pattern we call ‘peace’, because it emerged from change, it is inevitable that it will also come to an end. This is something so obvious that we don’t even bother to notice it. And so, because of the way we embrace the new pattern – because it is done out of emotion, out of raw instinct – it naturally follows that we want to cement it, make it a permanent one.

Having said all of this, how do we celebrate this day of peace?

By keeping silent, bowing our heads down and reflecting on certain things for a few moments?

Or, if we are spiritually inclined, by engaging in what we think of as meditation (even though what we are actually doing is more like taking time out to think)?

That’s a really interesting question, and of course how we observe this day is up to us, but one suggestion I would like to make, dear dharma friends, would be to use some of the thoughts that I have outlined here, and reflect on them a little bit initially (because we cannot do without a few thoughts at the beginning).

But after some time, once we have become a little more comfortable with them and got the gist of what I have been trying to say, then simply observe.

Look out of the window, look at the steam rising from your cup of tea, look at a sunset or a sunrise, look at some trees, listen to the sounds around you, the buzz of a train or a plane, the noise in the street… it could be anything.

Without using too much thought, try to focus on these experiences, and just look at them visually or mentally, in terms of how many patterns there are. From one or two simple patterns that you recognise, see how many patterns are emerging each second or each moment.

Observe in this way for however long you wish, without being completely spaced out.

But since we have agreed to label this particular day as the International Day of Peace we could use it to do something interesting.