Karmapa to visit Taiwan for the fifth time

Thaye Dorje, His Holiness the 17th Gyalwa Karmapa, will be visiting Taiwan for the fifth time, following an invitation from fellow Buddhists in the disaster-struck island nation.

On 6 February 2016, a devastating earthquake, the third deadliest in Taiwan’s history, killed 117 people, leaving a trail of destruction in its wake.

On 30 April 2016, Karmapa will lead a large assembly of venerable sangha members, representing various Tibetan Buddhist schools, with the recitation of the King of Aspiration Prayers. During the ceremony, Karmapa will offer aspirations for both the living and the dead.

In a conditioned world, birth, living and death are part of life. Each of these experiences requires great courage, and as Buddhists we offer aspirations of compassion and wisdom, so that all beings may gain the courage to make the best use of these experiences.

The prayer will form part of an event entitled the “Tibetan Buddhist Prayer for World Peace and Harmony” in Taiwan, in which Karmapa will be the guest of honor. 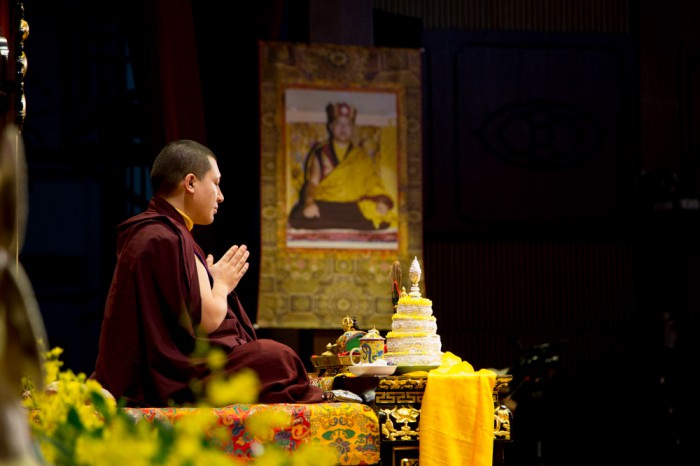 Pictured: Thaye Dorje, His Holiness the 17th Gyalwa Karmapa, during a trip to Taiwan in 2014. Photo/Thule Jug