Karmapa to give public teachings in India

The public are invited to the the Karmapa International Buddhist Institute (KIBI) in New Delhi, India, for a six-day course of Buddhist teachings and empowerments. Starting on 16 March, Thaye Dorje, His Holiness the 17th Gyalwa Karmapa, will first give the Bodhisattva Vow, where participants promise to achieve the state of a Buddha for the benefit of all beings. On the first day, Karmapa will give the empowerment of Vajrasattva, and on the last day of the course, the empowerment of Chenresig. Every other day during the course, Karmapa will teach on the “Bodhisattva’s way of life” by Shantideva.

Other teachers will also give teachings during the week. On the last day there will be a presentation of Shamar Rinpoche’s life.

For the full program, see the event page. 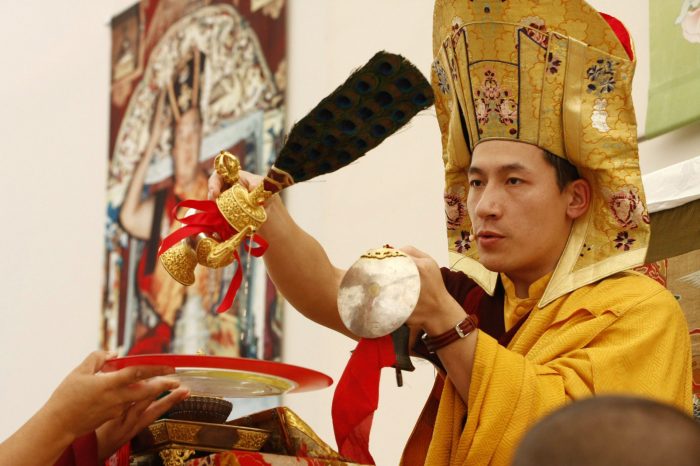