Day 3: Taiwan, November 30th, 2014. In the morning, relics from His Holiness Kunzig Shamar Rinpoche were enshrined. Several hundred people were in attendance. After being carried in a procession to the main temple of the Karma Kagyu Monastery, the relics were placed in a stupa in the Tathagatha Hall by Thaye Dorje, His Holiness the 17th Gyalwa Karmapa. 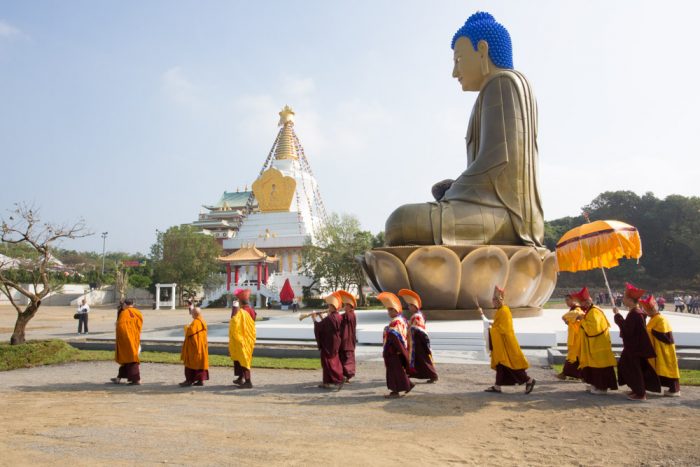 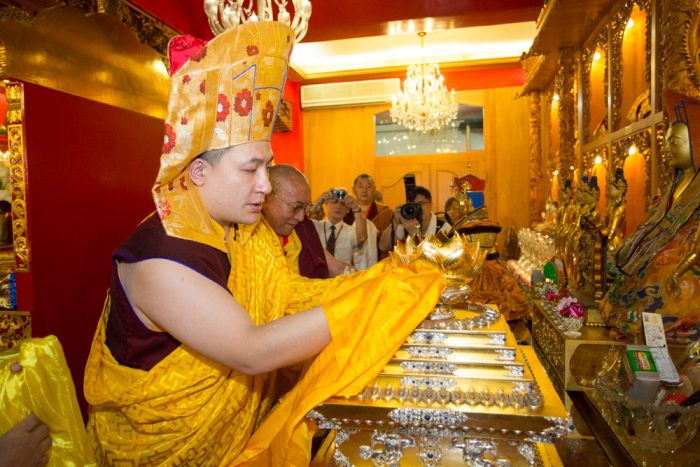