Thaye Dorje, His Holiness the 17th Gyalwa Karmapa, gave a statement about India’s Republic Day during a public teaching on 26th January. Republic Day honors the date on which the Constitution of India came into force (26 January 1950), completing India’s transition to an independent, democratic republic.

The history of the Kagyu lineage goes back to Indian Buddhist masters. Buddhism itself was born in India, and India has hosted many refugees and Buddhist teachers who have left Tibet. Karmapa has been living in New Delhi, the capital of India, since his escape from Tibet in 1994.

Karmapa was giving teachings at the Karmapa International Buddhist Institute (KIBI). After answering questions from students, he spoke about the importance of India for Buddhism:

As Buddhists, this day is a wonderful occasion to remember what India has given to us. India gave birth to Buddhism, to all the timeless knowledge that we have been practicing throughout our lives. And from a Buddhist point of view, not only in this life but over many, many life-times. According to the prophecies of the Buddhas, this nation has not only been the host for Buddhism in the past, in the present, but also in future eras as well. Therefore, we must use this auspicious day as a day of mindfulness, a day of remembrance, and a day of gratitude.

After the teaching and a Chenresig meditation, Karmapa and the students lit candles and performed prayers. 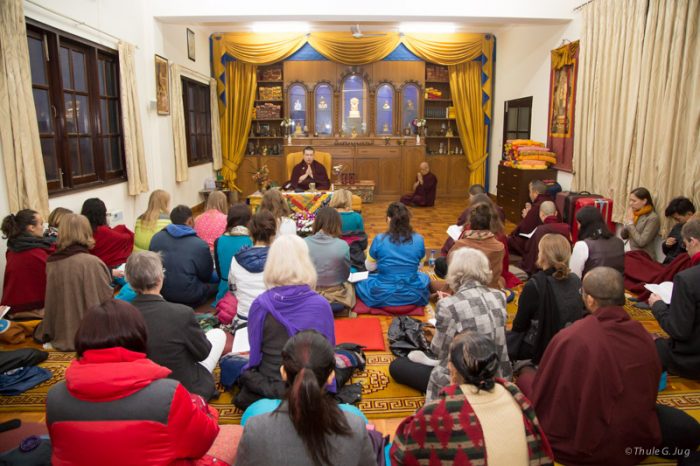 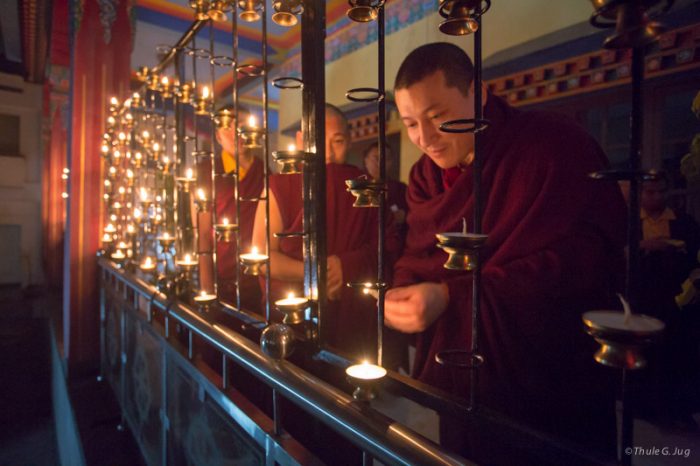