Thaye Dorje, His Holiness the 17th Gyalwa Karmapa, together with many great meditation masters, led the annual Public Meditation Course at the Karmapa International Buddhist Institute (KIBI) from 25 December 2018 – 3 January 2019. This year, on the final day of the course, there was a surprise guest: Karmapa’s son Thugsey.

Alongside Karmapa, Professor Sempa Dorje, Venerable Lama Sherab Gyaltsen Rinpoche and Venerable Dupon Nyigyam from Sharminub Retreat Centre in Kathmandu, together with Venerable Lama Choying from Rumtek Monastery in Sikkim, were among the teachers to lead practices in the Public Meditation Course.

On the final day of the course, to the delight of those in attendance, Thugsey, Sangyumla, Yum Mrs Kunzang and other family members arrived at KIBI. There was a tangible sense of joy and excitement among the students, many of whom had not been in the presence of Karmapa’s son before.

A warm, ceremonial welcome was offered to Thugsey by the Rinpoches, monks, KIBI staff members and lay students present. As Thugsey entered the temple, there were offerings of mandala, ku sung thug, tea and rice.

As Karmapa sat on his throne in the temple, little Thugsey sat beside him, held gently in Sangyumla’s arms. Everyone patiently lined up to offer a white scarf (khata) to Karmapa, and then to Thugsey.

Then, in the private shrine on top of KIBI, Lama Sherab Gyaltsen Rinpoche performed a ritual bath (Krus – thrü) ceremony for Karmapa’s son.

The Public Meditation Course, in particular the final day, was a joyous occasion for all. 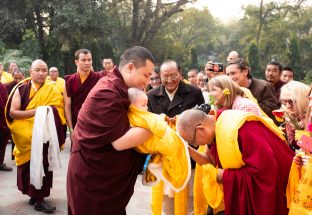 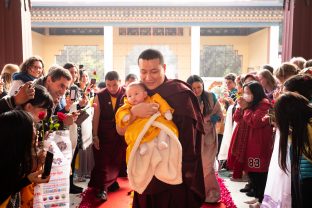 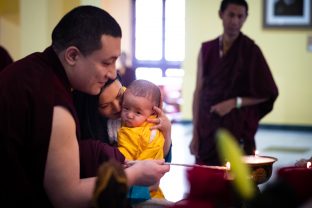 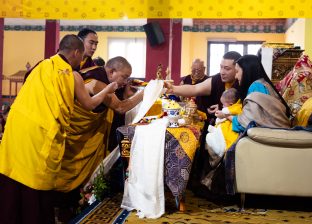 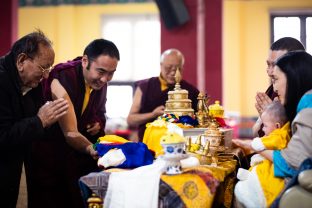 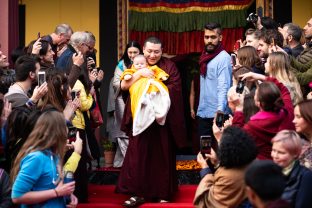 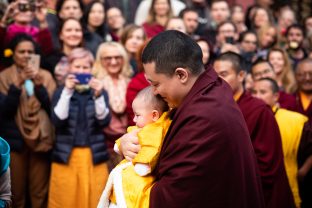 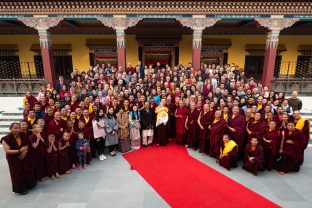 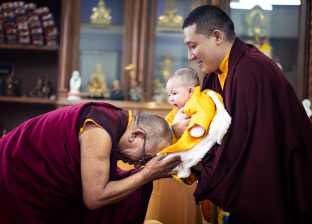 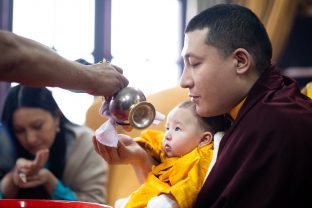 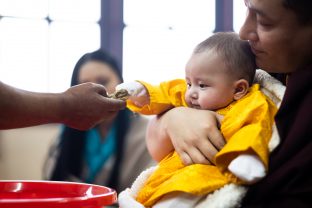 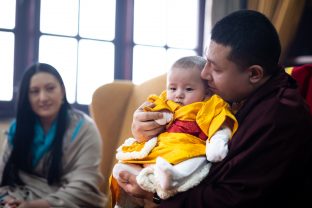 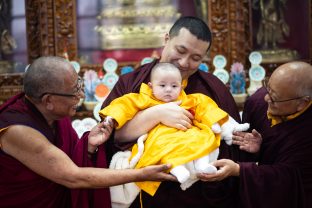 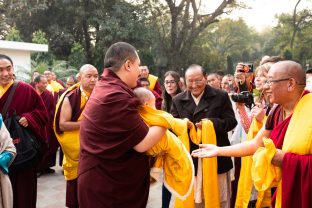 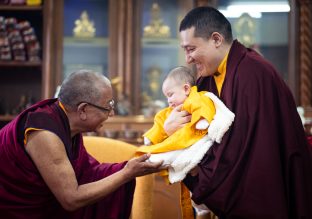 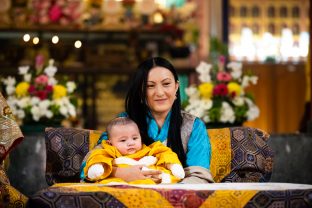