On April 2, 2016, the 49th day after the passing of Mr. Jean-Louis Massoubre, an extraordinary individual who made a vast contribution to establishing Buddhism in France, a memorial ceremony was held at the Pagoda of Vincennes in Paris, hosted by the French Buddhist Union. Thaye Dorje, His Holiness the 17th Gyalwa Karmapa, was in attendance as the guest of honor. 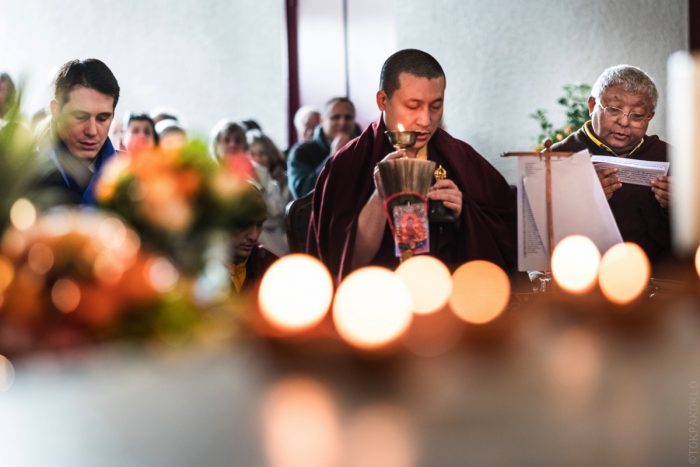 The ceremony was touching for all those who attended: many family members, friends, ex-colleagues and fellow students had gathered at the Pagoda to commemorate and celebrate the life of this remarkable man. A large number of Tibetan Buddhist monks and nuns, as well as representatives from the French Buddhist Union were also in attendance. 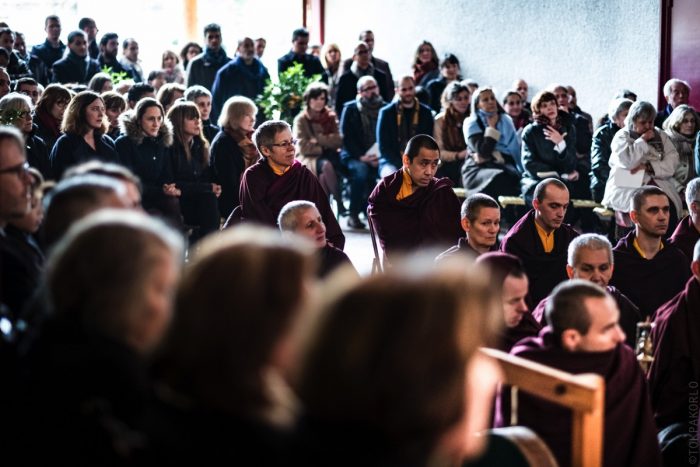 Mr. Olivier Wang-Genh, President of the French Buddhist Union, acted as Master of Ceremonies. Several speeches were shared by ex-colleagues, friends and family members, all of them testifying to the versatile talents and extraordinary human qualities of the late Mr. Massoubre. 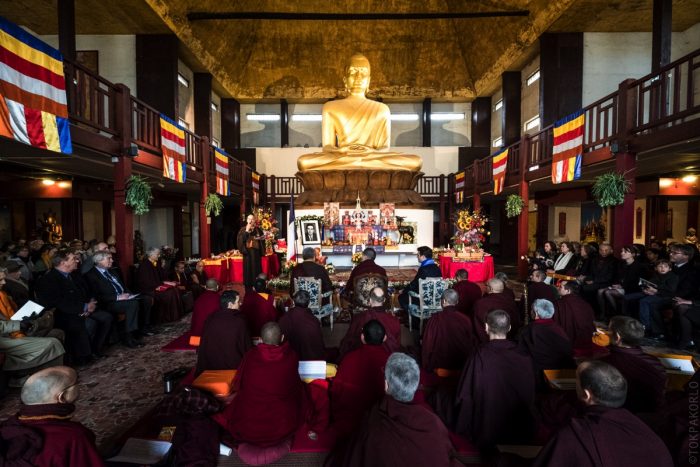 Speeches for the memorial of Jean-Louis Massoubre 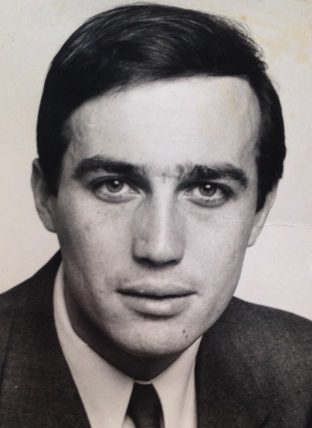 Jean-Louis Massoubre as a young man

Mr. Massoubre was a former student of the prestigious École Normale Supérieure and a postgraduate in sociology.

His political career began in March 1963, at age 24, in the French ministerial cabinets. He was elected member of the National Assembly for the 2nd constituency of the Somme for the first time in March 1967, becoming the then second-youngest member of the National Assembly at age 27. He was reelected in the three following legislative elections of 1968, 1973 and 1978.

In parallel to his political career, Mr. Massoubre pursued his philosophical reflections and spiritual search, and found his path in Buddhism. He was particularly touched by the extraordinary charisma of His Holiness the 16th Karmapa (1924-1981), whom he met quite coincidentally in Paris in January 1975 during His Holiness’s first journey to the West. 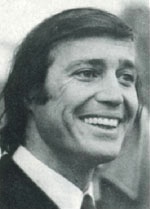 Mr. Massoubre, follower of the principles of social Gaullism, combined these values with the profoundly humane and compassionate values of Buddhism. Conscious of the benefits that Buddhism could bring to the Western world, as well as the important principles of secularism in France, he discreetly and diligently helped establish Buddhism in France. He generously supported and facilitated numerous Buddhist masters from Tibet to visit and stay in France, such as the late Kalu Rinpoche (1905-1989). He also contributed to the development of numerous centers devoted to the study and practice of Buddhism.

It was Mr. Massoubre who put forth the idea of changing their status from non-profit religious associations (Association de loi 1905) to congregations, similar to Catholic ones, in order to be considered a religion in the eyes of the French State.

In 1986, France officially recognized the Karma Kagyu school of Buddhism, under the spiritual authority of His Holiness the 14th Shamarpa, as an established and practiced religion in France. This recognition later led to the creation of the French Buddhist Union (UBF), which now federates all of the different Buddhist schools, and facilitates relations with public authorities.

Mr. Massoubre’s profound ties with Buddhism were also reflected when, in 1978, the 16th Karmapa and Kalu Rinpoche recognized his youngest son, Ananda Massoubre, as a tulku (reincarnation of a Buddhist teacher) by the name of Karma Trinley Rinpoche. 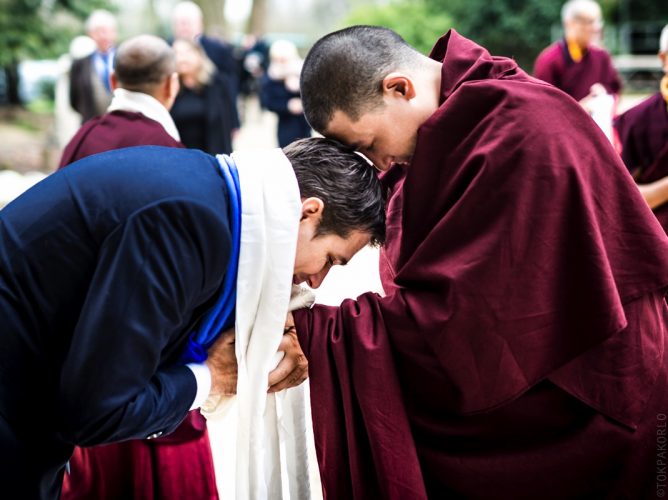 Mr. Massoubre devoted the last years of his life to the care of his elderly parents, and practicing Mahamudra and the Great Perfection (Dzogchen) as much as possible. His last wishes and actions included the financing of a stupa in memory of the 16th Karmapa, the construction of which he insisted take place on the site consecrated by the Karmapa, on the Côte de Jor in Dordogne.

In the early morning of February 15, 2016, Mr. Massoubre passed away very peacefully, surrounded by his family, praying to the Karmapa, for whom he had the greatest devotion, fully conscious of the natural state.

Mr. Massoubre’s ashes will be scattered amongst the four sacred sites of the cradle of Buddhism in India at a later date.

The following extract is from the eulogy given by Mr. Massoubre’s younger son, Ananda, who was recognised as a tulku in 1978.

Jean-Louis Massoubre was indeed an exceptional person in many ways. Handsome, charming, intelligent, knowledgeable, eloquent, mostly reserved, always brilliant in adversity, this gentleman of Catalonia, as some have described him, gained it all together: academic success, fortune and power. Most often people obtain one or two of these distinctions but not all and even if it is all obtained, rarely is it as young.

Jean-Louis Massoubre gained everything that we humans in this world pursue so frantically from morning to night in our constant agitation. He had it all by the age of 24. … It is undoubtedly this early ascension that led him not to be fooled like most of us who pursue, alas, vainly these glories without realizing or wanting to admit that they are ephemeral and truly futile in the face of death.
…
He did not aspire for decorations or honors for himself but he would take pleasure in obtaining them for others. It was all child’s play to him. He was neither interested in wealth and its display or material things. …
Often in the world those who succeed tend to be indifferent to others; he was the absolute contrary. He was generosity itself. What he had was almost exclusively for others. […] Nothing gave him greater pleasure than to benefit others. To give without ever hoping for anything in return was unconsciously his motto in life. …
I think it was, therefore, only natural that he was attracted to Buddhism, as the very subtle and highly sophisticated philosophical teachings sparked his intelligence, and the moral teachings based on altruism and generosity corresponded to his compassionate disposition. What particularly attracted my father to Buddhism were the teachings on emptiness and the nature of mind: the teachings of Mahamudra and Dzogchen found within Vajarayana Buddhism preserved principally in the Himalayas and Tibet.

It was his meeting with the 16th Karmapa, spiritual leader of one of the most important lineages of transmission of Vajrayana Buddhist teachings which led him to pursue seriously the study and practice of Buddhism and to support its propagation in France. My father was deeply touched by the Karmapa, whose charisma was extraordinary. Through his presence alone the Karmapa taught.

My father said “It is not enough to say he was charismatic, he was charisma itself.” As death approached, my father would continuously evoke the memory of the 16th Karmapa. …

Milarepa, the famous Buddhist master who lived in Tibet in the 12th century said, “It isn’t death that I fear. What I fear is rebirth.”

Concerning this point I must say that I am quite reassured because I know that my father was accompanied by the blessing of the 16th Karmapa, as is evident by the great honor that his wonderful successor the 17th Karmapa Thaye Dorje is bestowing upon us by his gracious presence among us today. I would therefore like, in the name of my father, to thank him from the depth of my heart. I would also like to express here my infinite gratitude towards my father who has permitted me to have the extraordinary privilege to pursue the path so unusual for a Westerner which has been mine.