Thaye Dorje, His Holiness the 17th Gyalwa Karmapa, will visit Nepal from 2 Nov to 4 Nov 2015. Karmapa will lead prayers and pujas for the victims of the earthquakes that struck the country earlier this year. He has previously written letters of support for the people of Nepal, and asked his students to help support those in need.

While in Nepal, Karmapa will consecrate the Dhagpo Sheydrub Ling Monastery, outside Kathmandu, and give an empowerment as part of the ceremonies. The inauguration had been planned for May 2015 but was postponed due to damage caused by the earthquakes. 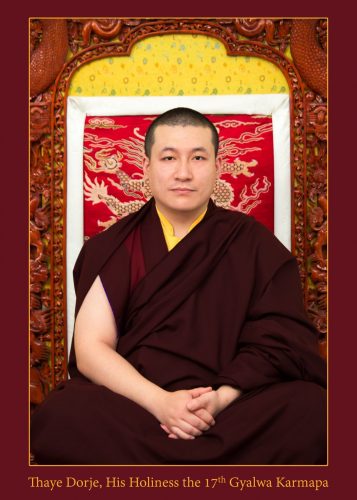