Karmapa To Find Reincarnation of Shamarpa

Thaye Dorje, His Holiness the 17th Gyalwa Karmapa, leader of the oldest reincarnate lineage of Tibetan Buddhism, announces today that he will identify the next incarnation of his fellow lineage holder, Shamar Rinpoche (‘Shamarpa’).

The Shamarpa and the Karmapa are spiritually inseparable, and are fellow holders of the 900 year old Karma Kagyu lineage, a tradition that precedes the Dalai Lama’s lineage by over 200 years.

The 14th Shamarpa, Mipham Chokyi Lodro, passed away aged 61 on 11th June this year, sparking condolence messages from heads of state, numerous dignitaries, and tens of thousands of devotees around the world. 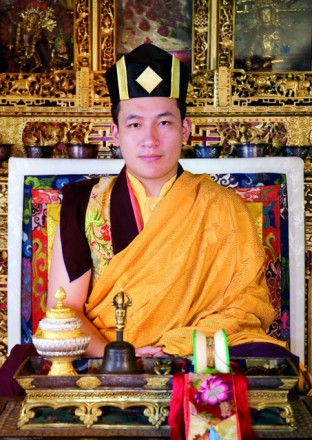 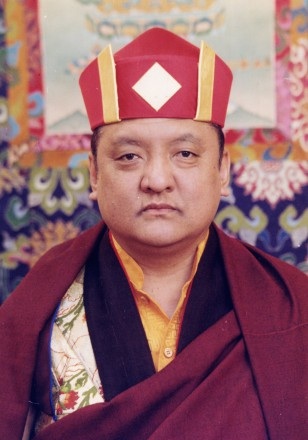 Today, on what would have been the Shamarpa’s 62nd birthday, Karmapa announces that, in accordance with tradition, he has accepted requests from Jigme Rinpoche, Shamarpa’s brother and General Secretary to Karmapa, as well as from 700 Karma Kagyu Buddhist centres, monasteries and institutes around the world, to find the next rebirth. All previous Shamarpas have been confirmed in accordance with the principle of reciprocal recognition. The 14th Shamarpa, who was enthroned by the 16th Karmapa in 1963, enthroned the 17th Karmapa, Thaye Dorje, in 1994.

‘It is my solemn duty and responsibility alone to find the authentic incarnation of His Holiness Kunzig Shamar Rinpoche.’

As part of his spiritual preparation to find the next Shamarpa, Karmapa will spend up to six months on retreat, each year for the next three years. He will also consult other great living masters; engage in intense dharma (Buddhist) activities, including meditations and recitations. Historically, Karmapas and Shamarpas have also left each other clues, in the form of letters or oral instructions, about where the next incarnation will be found.

Karmapa says that the positive aspirations of Buddhists and others around the world will be helpful in the recognition process, and a ‘Prayer for the Swift Rebirth of Shamar Rinpoche’ has been posted on www.karmapa.org, for students to download and recite.

Karmapa will lead recitations of the prayer during all sessions at the Kagyu Monlam pilgrimage in Bodhgaya, the place where Buddha attained enlightenment, from 15th-21st December 2014.

Members of the press can make enquiries using the contact form.