Thaye Dorje, His Holiness the 17th Gyalwa Karmapa, shares the following reflections on the day of the full moon, the anniversary of the parinirvana of Mipham Chökyi Lodrö, His Holiness the 14th Kunzig Shamar Rinpoche, and Buddha Shakyamuni, according to the Tibetan calendar.

Today is or was… and as I say this I cannot help but almost say: today will be… the anniversary of the day when our great spiritual friend showed the pattern of dissolving his physical manifestation as His Holiness the 14th Kunzig Shamar Rinpoche – the Buddha of our time.

To most of us, this remembrance might be thought of as a moment to mourn the loss of this display of his form.

As if it was a finale.

I never feel that this was his intent.

Because that would bring in us a feeling of isolation, a sense of being outcast and abandoned like an orphan.

So, let us take this anniversary of his Parinirvana as an opportunity to understand his natural intent.

On the soil of Alaya, the ground of being, whatever rises will inevitably fall.

They have overcome the fallacy of ignoring this pattern of nature.

And they have wholeheartedly accepted that all things that go up will fall in the end.

Even if this experience of acceptance may be overwhelming, it isn’t sorrow.

The real sorrow is the non-acceptance of this fact.

This non-acceptance gets us stuck in our head, in our thoughts, in our concepts.

The Parinirvana is a symbol of this acceptance, displayed in appearance.

Haven’t we felt, time and again, the overwhelming feeling of loss when something we felt we knew well disappeared?

And, in particular, when the disappearance of a being dear to us – not necessarily a teacher but a true friend, a དགེ་བའི་བཤེས་གཉེན། (dge ba’i bshes gnyen, ge wey she nyen) – sparked the inevitability of change in us in various ways, haven’t we felt the jolt, the loss?

Well, if we feel like mourning, then mourning for having mistaken this experience of loss as sorrow and unhealthy, could be a reason to mourn.

We aren’t going anywhere or being left behind anywhere.

There aren’t any real losses.

But misunderstanding the vanishing display of the Bodhisattvas as going somewhere is the hang up.

Equally, misunderstanding ourselves as being left alone and outcast is a hang up too.

That’s a sorrow as well.

Indulging in and entertaining the idea of such hang ups is the real sorrow.

It is sorrow because the truth is far from how it appears.

If we nevertheless feel stuck, then we can try either temporarily going further ahead towards the appearance, or stepping further back from it.

Going towards the appearance means facing or confronting the facts. For example, if you have a fear of heights, then immerse yourself in the experience and overcome that fear.

An example of stepping further back is when you are too close to a painting and you can’t make sense of what you see. Stepping back allows you to really see the painting.

Then, in time, even the feeling of sorrow can be talked about and even laughed about because we realise that it was a hang up.

The awakened ones’ intent is really an aspiration for us to arrive at that humorous point.

Their aspiration is intended for us to come out of our conceptual knots, to be able to laugh about tangling ourselves over unimaginably long durations.

Dear dharma friends, kindly take a moment to acquaint yourselves with this unbinding practice called Guru Yoga, and particularly with this Guru Yoga:

The Celebration of the Accomplishment of Blessing,

the Guru Yoga of the 14th Shamarpa,

This practice and for that matter all Buddhist practices are not commandments.

They are not decrees.

They are not teachings.

They are momentary and spontaneous skilful means – surprises even, like a loving mother with her baby in the water, temporarily letting go to give the baby a chance to learn to swim –  intended or aspired from compassion.

Kindly delight yourselves in this practice.

Guru Yoga of the 14th Shamarpa 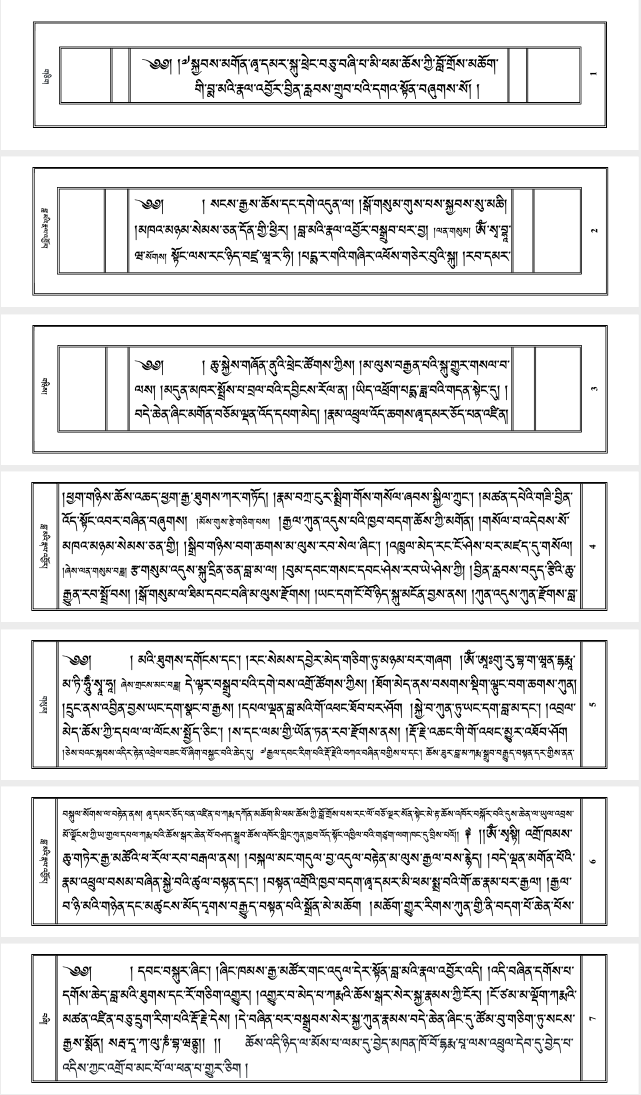 The Celebration of the Accomplishment of Blessing,
the Guru Yoga of the 14th Shamarpa,

With reverence, through body, speech, and mind,

I go for refuge to the Buddha, the Dharma and the Sangha.

For the sake of sentient beings equal to the sky,

I will practice Guru Yoga.

Out of emptiness I visualize my own being, Vajra Vārāhī,

with a naked body, appearing on a base of ruby:

In front in the sky, in the playful expanse free of conceptualizations,

on a ravishing throne of lotus and moon

is Buddha Amitābha, the Lord of Sukhavatī, in the

radiant manifestation of the Holder of the Red Crown.

His two hands at his heart in the posture of Turning the Wheel of Dharma,

wearing the saffron-colored robes and having his legs in the vajra posture,

he appears in the full splendour of his major and minor marks and is blazing in boundless light.

Master, you who embody all the Victorious Ones, Dharma Protector, I supplicate you!

Please purify all sentient beings, whose number equals the sky,

from the two obscurations and all habitual tendencies

and support us to understand our undeluded nature.

From the kind Lama who embodies the three roots,

flows a stream of nectar blessing: the vase-, the

Then, dissolving into the three doors, all four empowerments are completed.

The sublime Svabhāvikakāya is actualized:

and my own mind are inseparably one. I abide in that.

(Recite this many times)

By means of the virtue accomplished in this way

may all the non-virtues, downfalls and habitual tendencies accumulated by all sentient beings since beginningless time

be completely uprooted, may the pure view flourish,

may we attain the state of the glorious Lama.

Through all my births, may I not be separated from the

perfect Lama, enjoy the splendour of the Dharma,

and, having perfected the qualities of the paths and bhūmis,

may I swiftly attain the state of Vajradhara!