As part of the Kagyu Monlam, Thaye Dorje, His Holiness the 17th Gyalwa Karmapa, led a Walk of Gratitude on 19 December. The walk was organised by the South Asia Buddhist Association (SABA) together with the Bodhi Tree School (Bodhgaya) and the students of the Magadh University. Karmapa gave a speech at the beginning of the walk, and led the procession to the Bodhi Tree itself.

The purpose of the walk was to express gratitude to the country of India. As Karmapa has said:

India gave birth to Buddhism, to all the timeless knowledge that we have been practicing throughout our lives. And from a Buddhist point of view, not only in this life but over many, many life-times. According to the prophecies of the Buddhas, this nation has not only been the host for Buddhism in the past, in the present, but also in future eras as well.

The Indian government gave His Holiness the 16th Karmapa a great deal of assistance when he left Tibet, including the land on which the Karmapa International Buddhist Institute was built.

Thousands of people lined the route or joined in the Walk of Gratitude, singing, smiling, and giving thanks. 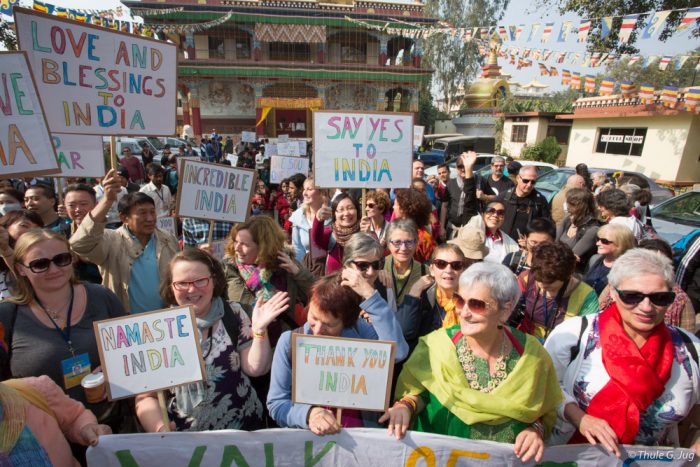 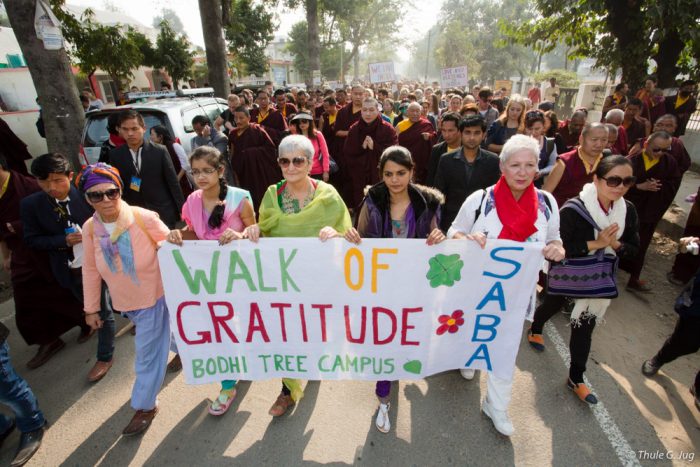