On Sunday 31 May, Thaye Dorje, His Holiness the 17th Gyalwa Karmapa, led a day of tribute to His Holiness Kunzig Shamar Rinpoche, who passed away one year ago today according to the Tibetan calendar. Guests were received at the Karmapa International Buddhist Institute (KIBI) in New Delhi, India, and Shamar Rinpoche’s relics were installed in the shrine room.

All present recited auspicious prayers and then observed one minute of silence. Afterwards there were speeches by the Director of the Institute Professor Sempa Dorje and by Lama Jigme Rinpoche – Shamar Rinpoche’s brother and Karmapa’s General Secretary.

Karmapa gave the concluding speech, after which the documentary of the journey of Shamar Rinpoche’s kudung (mortal remains) was screened.

To continue the commemoration of his teacher, Karmapa will lead the puja of Chakrasamvara each day until 8 June. Everyone is invited to take part in the puja. 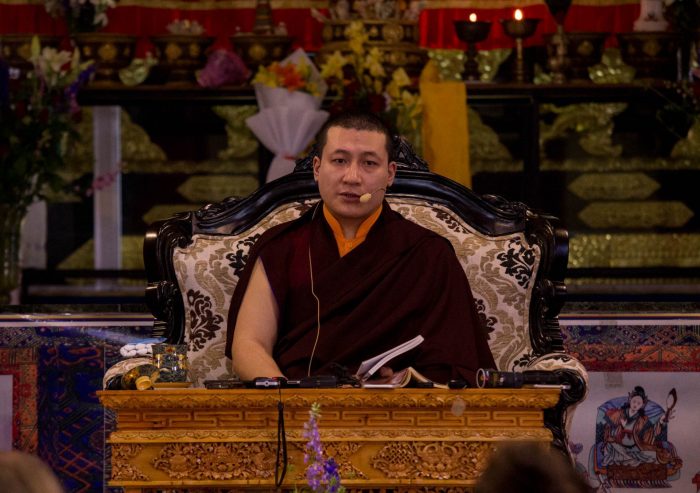