Karmapa invites Sangyumla to join him in Grenoble

Thaye Dorje, His Holiness the 17th Gyalwa Karmapa, is delighted that his wife Sangyumla and members of her family are able to join him for teachings in Grenoble, France, as part of his European tour.

Following an extensive teaching schedule in Sweden and Spain, Karmapa arrived in France this week to start six days of teachings in Grenoble, at the invitation of Lama Teunsang and students in Montchardon. 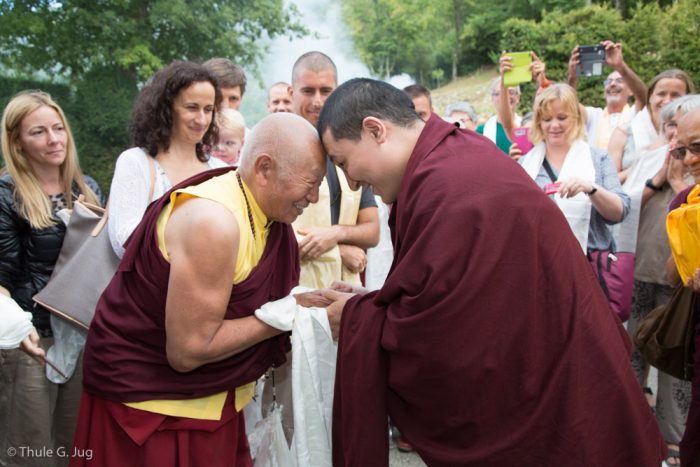 On the first day of Karmapa’s teachings, on the subject of the meaning of taking refuge in the Buddha, the Dharma and the Sangha, Sangyumla joined the thousands of students present. 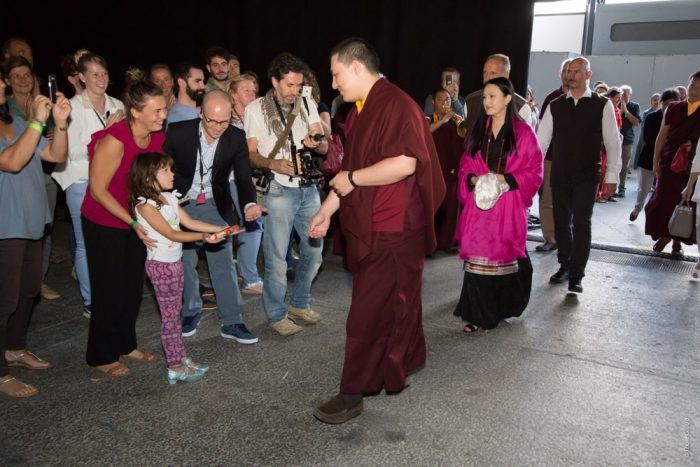 Thaye Dorje, His Holiness the 17th Gyalwa Karmapa, arrives with Sangyumla in Grenoble

It is an auspicious opportunity to be here with Lama Teunsang and so many Dharma friends from Montchardon, France and the rest of Europe.

I am of course very pleased that Sangyumla and her family are able to join these teachings, and that we do not have to wait until Bodh Gaya in December to all be together to share in the precious teachings of the Buddha Dharma.’ 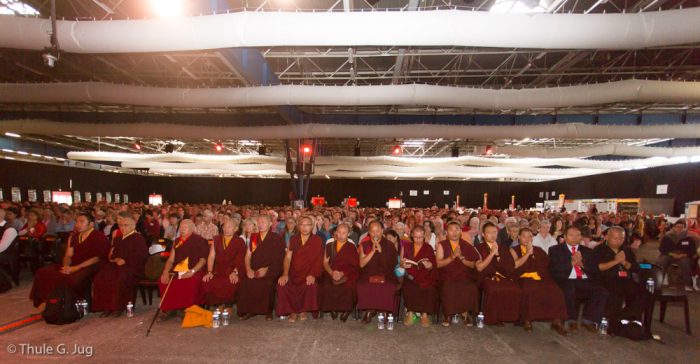