Day 6: Taiwan, 3 December 2014. Today in Taipei, Thaye Dorje, His Holiness the 17th Gyalwa Karmapa, presided over a Kagyu Monlam, which lasted for most of the day. A Kagyu Monlam is a gathering of Karma Kagyu teachers and practitioners, at which many beneficial wishes for the happiness of all beings are made in the presence of the highest lineage masters.

Such a Kagyu Monlam is not to be confused with the Kagyu Monlam Chenmo (Chenmo means “Great” in Tibetan) that takes place each year in Bodh Gaya, India.

During the Monlam, elaborate offerings were made to Karmapa and wishes made for his long life and the swift rebirth of Kunzig Shamar Rinpoche. At the end, the five hundred participants all received a blessing from Karmapa. 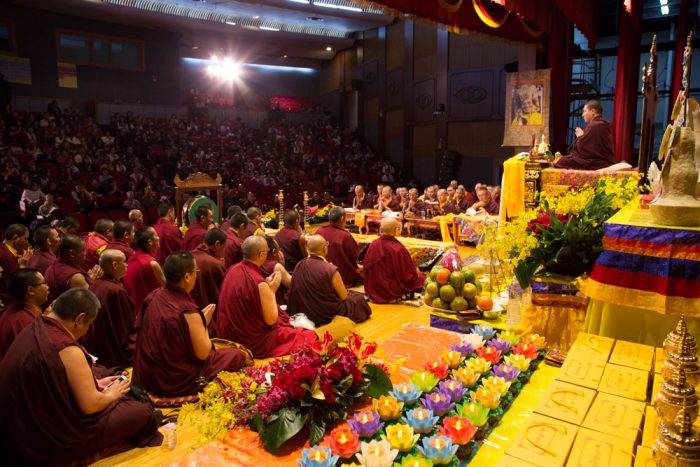 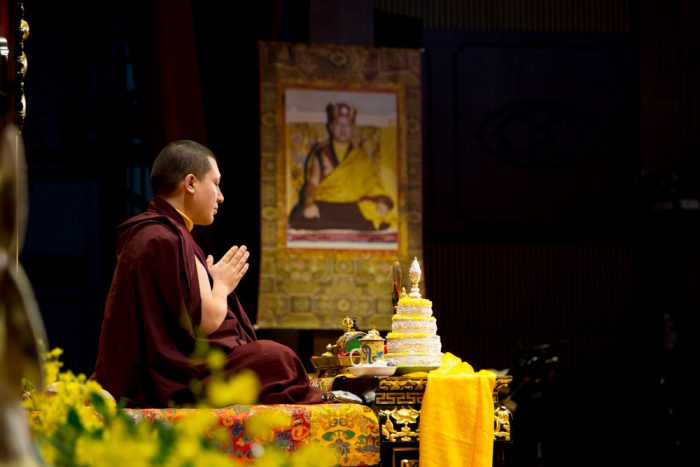