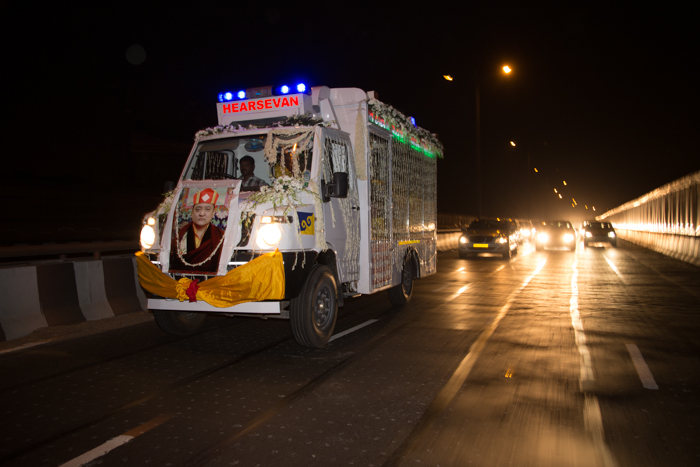 Three days earlier, Thaye Dorje, His Holiness the 17th Gyalwa Karmapa, had travelled to Renchen Ulm in Germany, the main European seat of Kunzig Shamar Rinpoche, to join the devotees gathered there in pujas and prayers.

Karmapa then accompanied his teacher’s kudung back to Delhi and will now join several weeks of extensive pujas. These will be held in Delhi, Kalimpong and Kathmandu.

The cremation will take place in Kathmandu, at Sharminub, Kunsig Shamar Rinpoche’s retreat monastery, on July 31.

Letter about the kudung of Kunzig Shamar Rinpoche: In english  |  in Tibetan 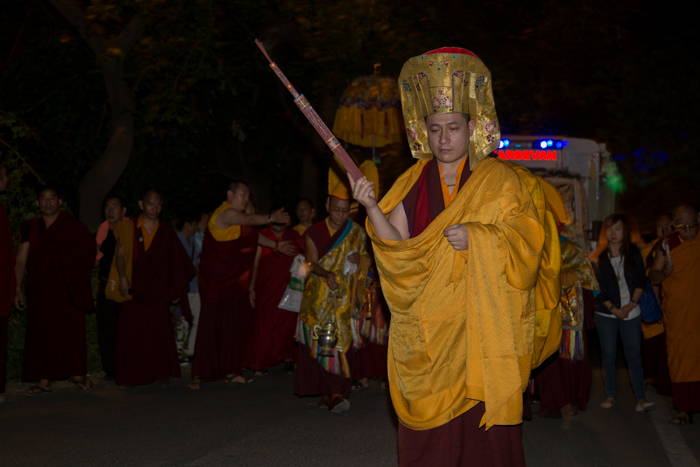 Thaye Dorje, His Holiness the 17th Gyalwa Karmapa, wears the Gampopa hat, carries the traditional incense, and leads the procession with Kunzig Shamar Rinpoche’s kudung, on the way to KIBI 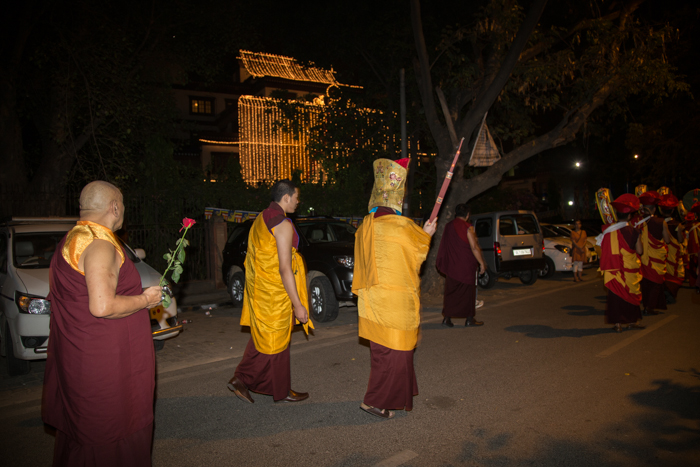 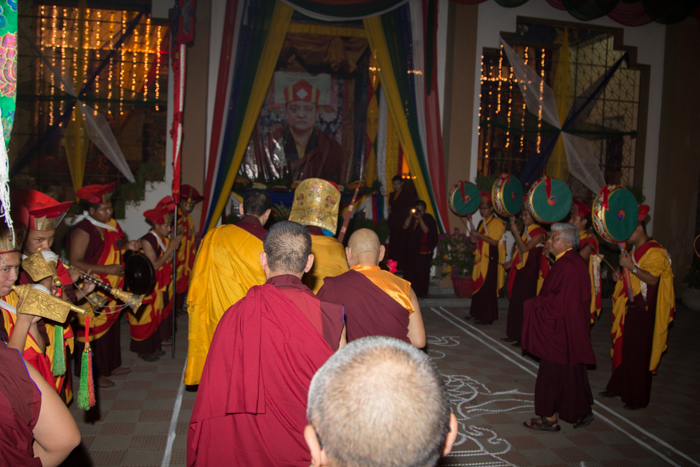 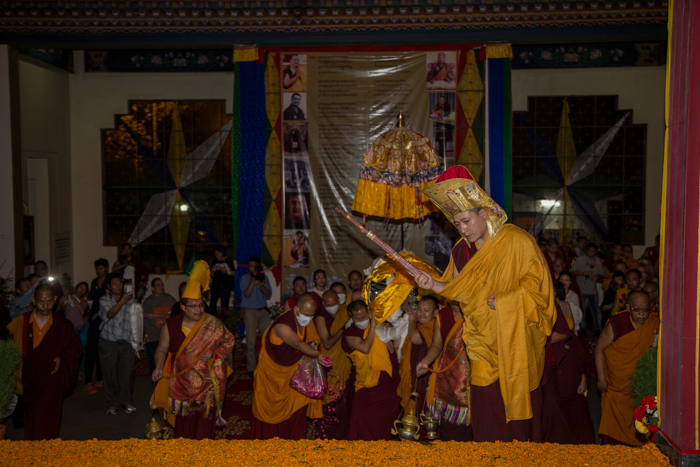 Despite the sweltering heat, hundreds of Rinpoches, lamas, monks and devotees gather in KIBI’s lhakhang (shrine room) to receive the kudung and pay their last respects to their beloved teacher