Thaye Dorje, His Holiness the 17th Gyalwa Karmapa, leader of one of the four major schools of Tibetan Buddhism, announces today that he and his wife Sangyumla Rinchen Yangzom are expecting their first child.

In a statement on Karmapa’s official website, his Private Office says that the due date is during the first week of September and both Sangyumla and the baby are in good health.

Karmapa, 34, says: ‘My heart is filled with joy. Sangyumla and I have a precious opportunity and responsibility to be parents, and follow the great examples of our own mothers and fathers…

Sangyumla tells me that she feels blessed and welcomed into our global family, and I have every confidence that you will offer the same loving kindness for our baby.

My role as Karmapa continues as ever, and is somehow now imbued with even more purpose, more responsibility and more compassion. I have a strong feeling that this baby will be a special addition to our Karma Kagyu family.

As the third Karmapa to marry, and the second to become a father, I trust that all of my decisions may benefit our precious lineage, and all sentient beings, now and for generations to come’. 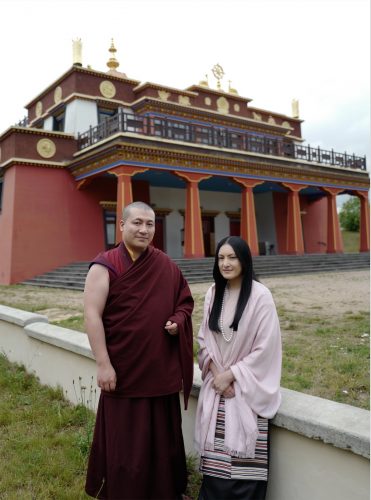 His Holiness 17th Karmapa and Sangyumla

The 15th Karmapa, Khakyab Dorje, was also a father, and had three sons, two of whom he recognised as reincarnate masters – the second Jamgon Kongtrul and the twelfth Shamarpa, Tugsey Jamyang. 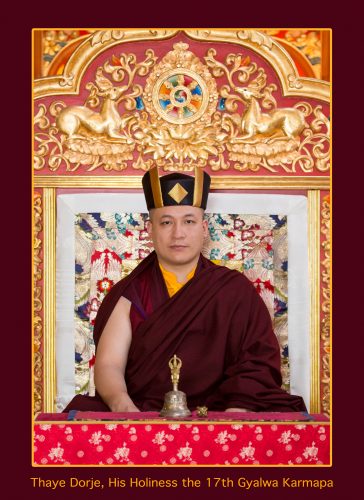