The activity started some time before 1986, friends met and meditated privately. After Lama Ole's first public talk in Stuttgart 1986 the group started in a private apartment under the name, given by Lama Ole – Karme Chö Ling Stuttgart.

1995, we rented rooms in town and became a key center. In 1999 we moved to the still existing rooms at Esslinger street in the city centre. The community of the residents in the house formed in 2005. In addition we rented and renovated our sangha flat with spacious rooms and own kitchen. The sangha’s size is around 90 members. It is quite matured because more than half of the friends have already been active for 15 years, some even from the beginning.

There is a lot of joyful effort, many friends are involved in regional, national and international activities such as media groups or course preparations (Kassel, summer course, etc.). For years, we have been producing and sending Lama Ole's New Years Card worldwide. Over the last few years we have received significantly more visits from our worldwide sangha since we are neighbours of the Europe Center. As a group activity, beside all the regular program, we travel together, at least once a year , to places like Rödby, Schwarzenberg, Amden, Graz, Toretta.

Until 2010 Lama Ole gave public lectures in Stuttgart, once or twice a year.
Lama Tönsang has given lectures and empowerments regularly for the last 25 years.
Lopön Tsechu Rinpoche came for the Easter course in 2004 and gave blessing to more than 1,000 participants. Sherab Gyaltsen Rinpoche gave teachings and the Diamond Holder (Dorje Chang) empowerment during the Autumn Course in 2009.
We welcomed the 17th Karmapa Thaye Dorje 2009 on his way through Stuttgart train station (we also did this with Tenga Rinpoche sometime in the 1990s). Shamar Rinpoche came for tea in 2011 and gave refuge and answered questions. We were able to accommodate Sang Sang Rinpoche as an overnight guest on his way to Renchen Ulm in 2014. 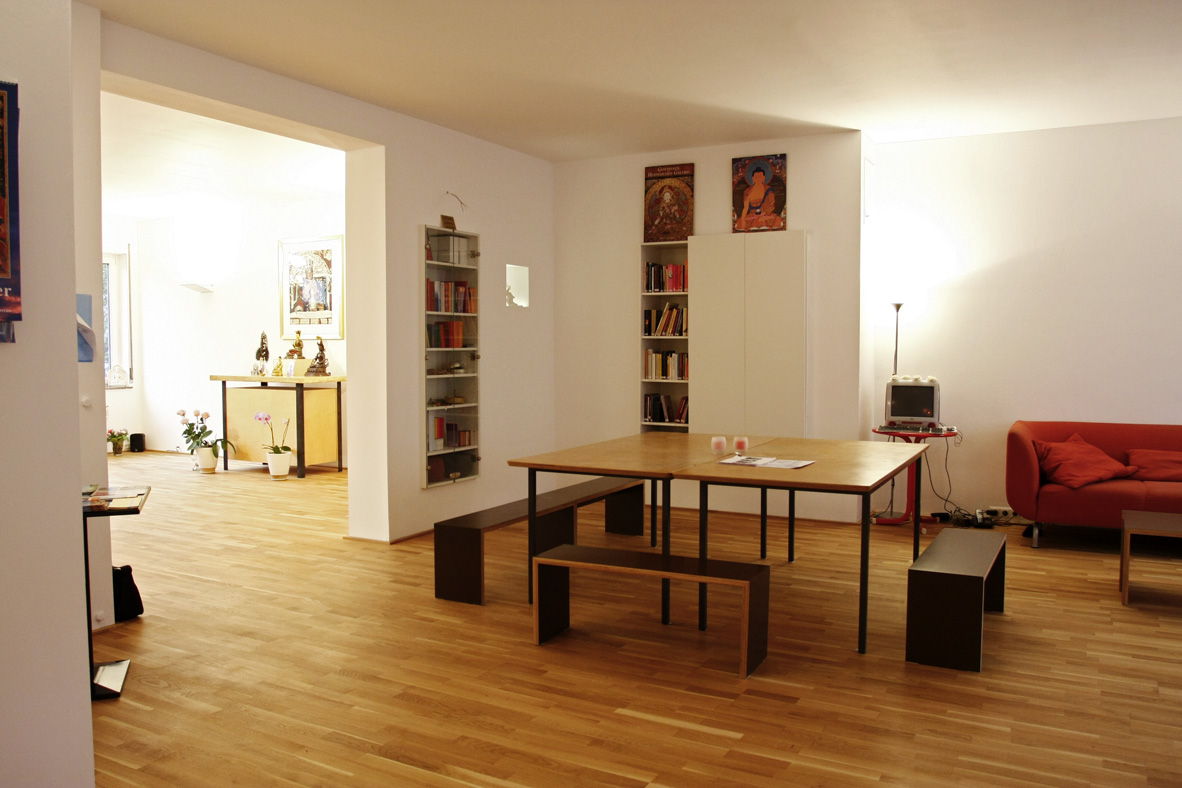