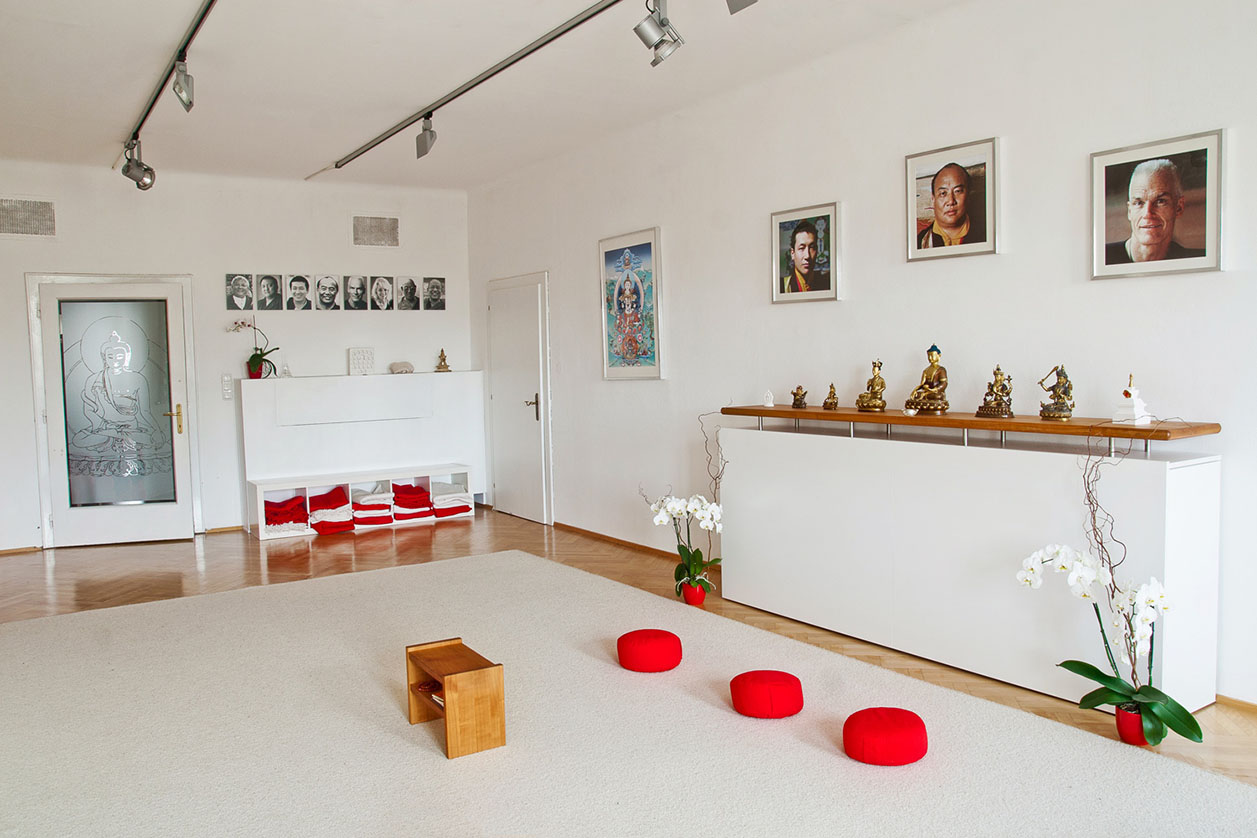 In 1990 a group of the Karma Kagyü Lineage was established in Salzburg.
In 2002, a new center was found in the Linzergasse. On 23rd September, Lama Ole Nydahl inaugurated the gompa and also gave a lecture in Salzburg.
Nowadays, 15-30 people come to the regular meditation practice in the Salzburg Buddhist center. This non-profit organization offers Buddhist courses, meditations and lectures for lay practitioners and interested people.
In 2011, under the spiritual guidance of Sherab Gyaltsen Rinpoche, an enlightenment stupa was built at the Mönchsberg in Salzburg.