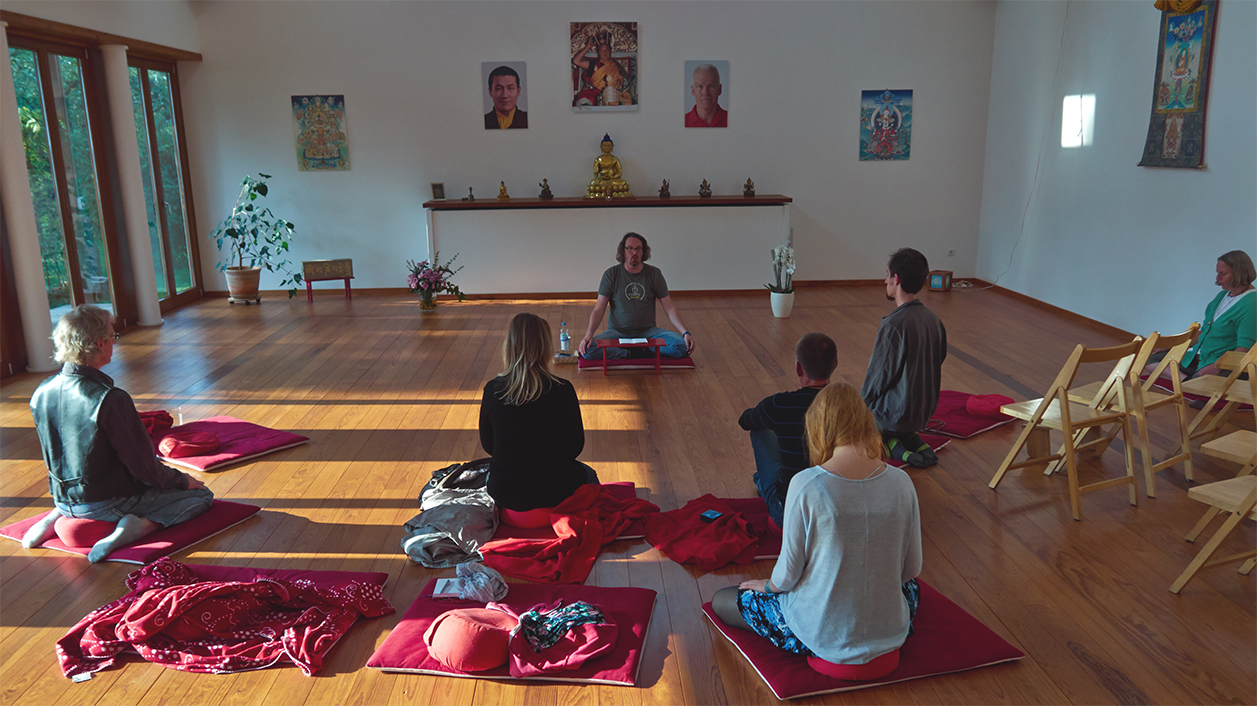 The first regular meditations on the 16th Karmapa started in the mid 1980's in private rooms. From 1993 til 1999 the center was located in Holzbunge, a village nearby, and then returned to rented rooms in Rendsburg town center. The present location was purchased in June 2005 and visited by Lama Ole Nydahl first time on October 17th 2005. Lama Ole and Hannah Nydahl came again in spring 2006 for the groundbreaking ceremony of a new gompa and café extension for the existing residential building. The extension with 108 sqm gompa was finished and blessed by Thaye Dorje, the 17th Gyalwa Karmapa, on June 20th 2007. Since then we have been able to host bigger regional courses besides the regular meditation offer as well as open retreats.