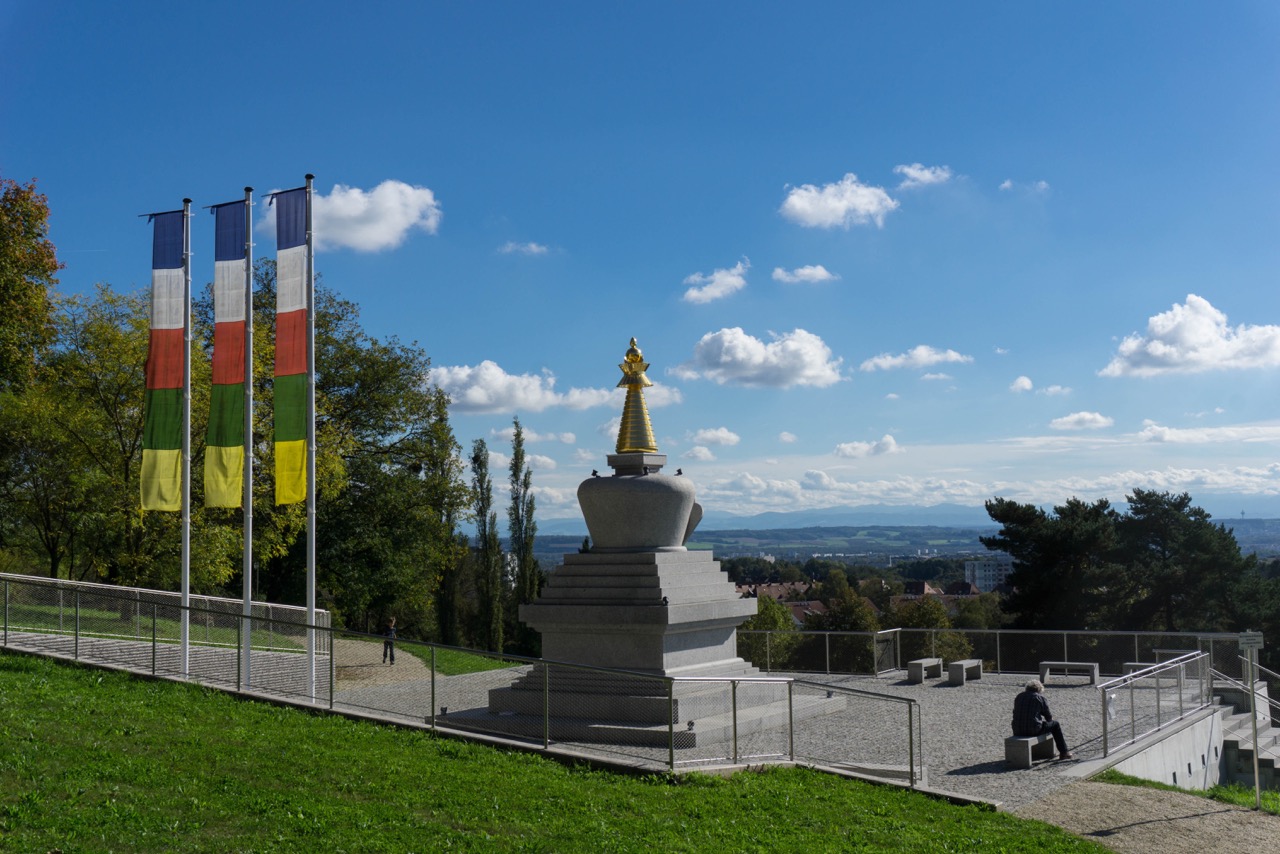 In December 1983, Lama Ole Nydahl held his first lecture in Linz. One and a half years later, in May 1983, due to his inspiration, the first center in the Old City was opened.
Many Lamas and Rinpoches of the Karma Kagyu lineage, like Jigme Rinpoche, visited us in the following years.
In 1991 we got a new and bigger center in Reuchlinstraße 53. After a short time in Linz-Leonding, since April 2003 our center has been located at Linz Main square in the beautiful rooms in one of the oldest houses of the city.
Here we have a regular program with meditation on the 16th Karmapa, lectures and get-togethers to strengthen our friendships.
In 2009, as Linz was European Capital of Culture, we organized a Statue Exhibition, combined with an Exhibition of Healing Himalayan Plants.
The 2nd July 2012, Thaye Dorje, His Holiness the 17th Gyalwa Karmapa visited us for the first time. Together with Lama Ole Nydahl, he held the Ground Opening Ceremony for the Stupa of Enlightenment, which was built in a public park and inaugurated in 2013 by Lama Ole and Lama Chogdrup Dorje. In the construction phase of the Stupa, Sherab Gyaltsen Rinpoche also made a visit to Linz.
To strengthen our practice and give people the possibility to meditate intensively, together we built a wooden retreat house in the pure area of Mühlviertel. One or two persons can meditate here and enjoy the breathtaking view. 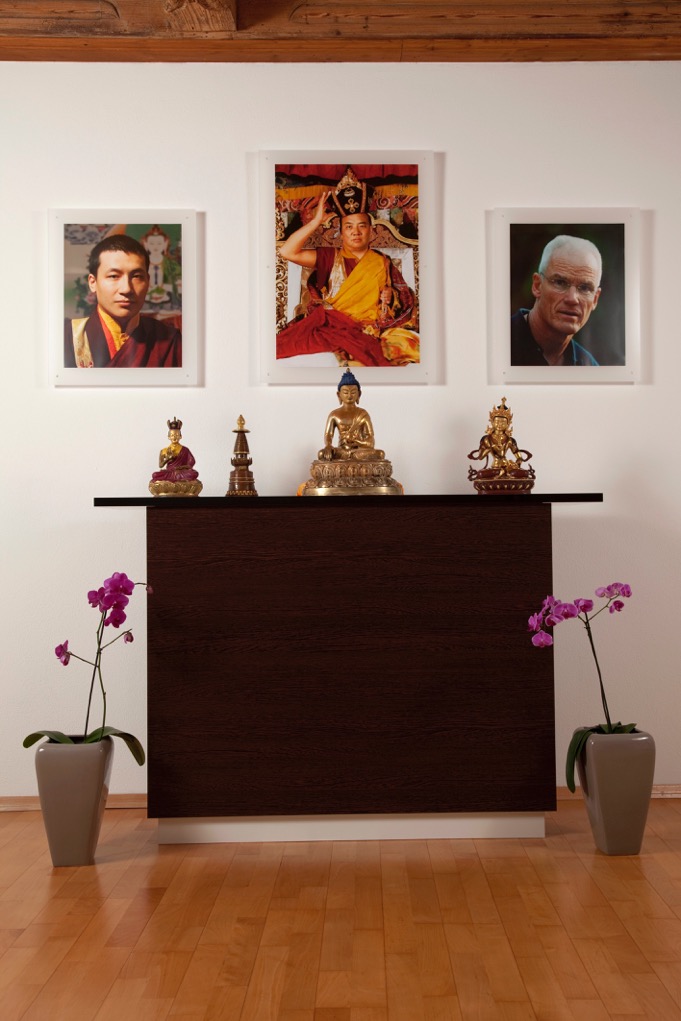 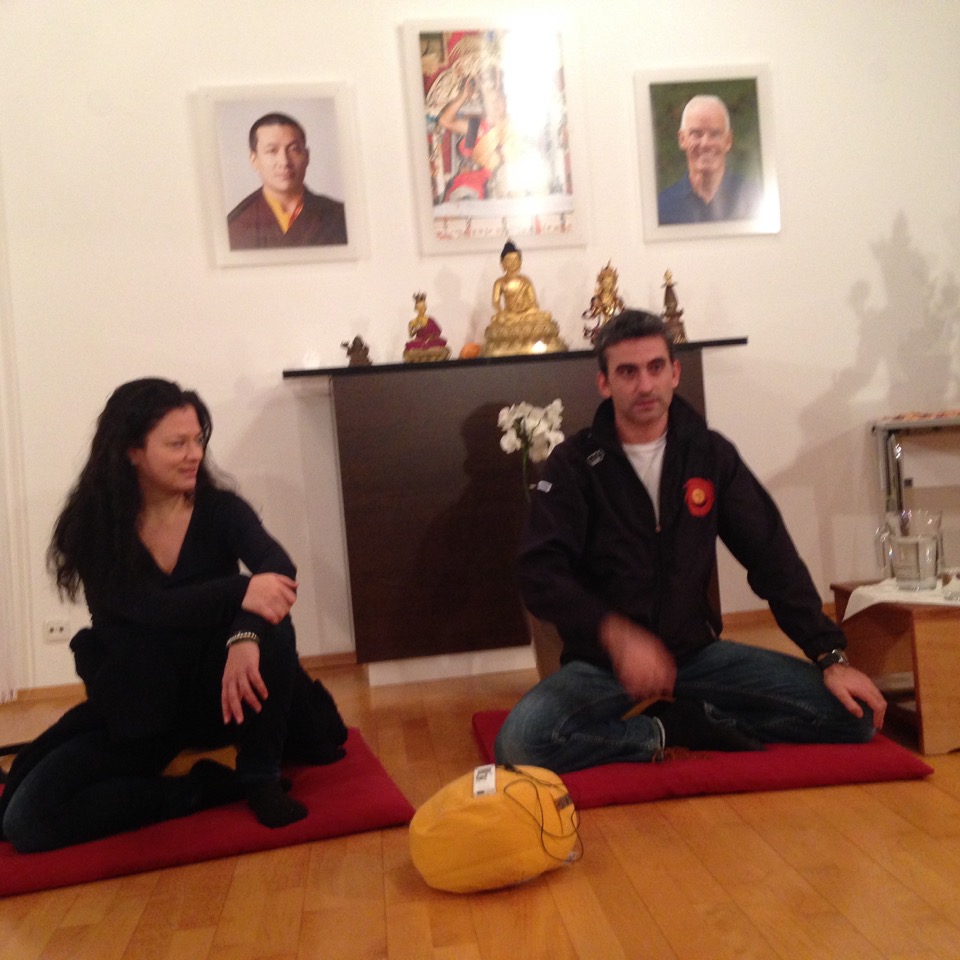