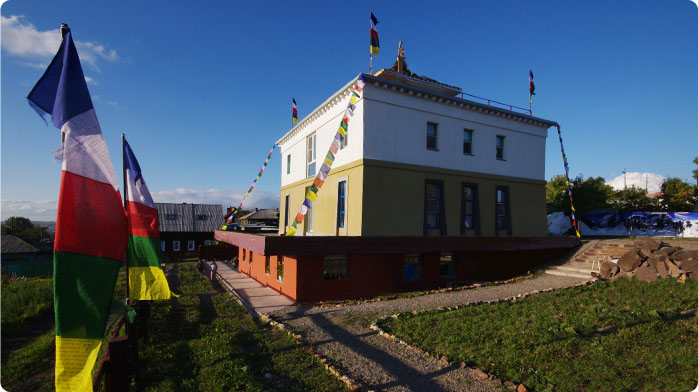 The Krasnoyarsk centre is one of the first Buddhist centres founded by Lama Ole Nydahl in Russia; it was officially registered in 1991.
Lay Buddhist teachers from all over the world come to our centre. Lama Ole also visits us regularly. You can learn more about various events: Buddhist courses, exhibitions, festivals taking place in Krasnoyarsk and other Russian cities when you come to our centre.
We have organized three art exhibitions so far: “Buddhist Painting Art”, “Thangka”, and “Buddhism in the culture of Bhutan, India, and Nepal ” – in 2002, 2004 and 2008. In 2002 we had a Mahamudra course, in 2006 a Buddhist Meditation course. In 2008 we organized an international festival “Buddhism Today” in Krasnoyarsk, as well as a Buddhist films festival.
The construction of the centre was completed in 2011. The concluding stage of building was mounting a sertog on the roof. At the end of August, beginning of September there were public lectures by Lama Ole and Sherab Gyaltsen Rinpoche in Krasnoyarsk. On the first of September Sherab Gyaltsen Rinpoche gave a Diamond Mind empowerment.
In 2002 we had a Mahamudra course, in 2006 – a Buddhist Meditation course, and in 2014 – a Nyungne course. 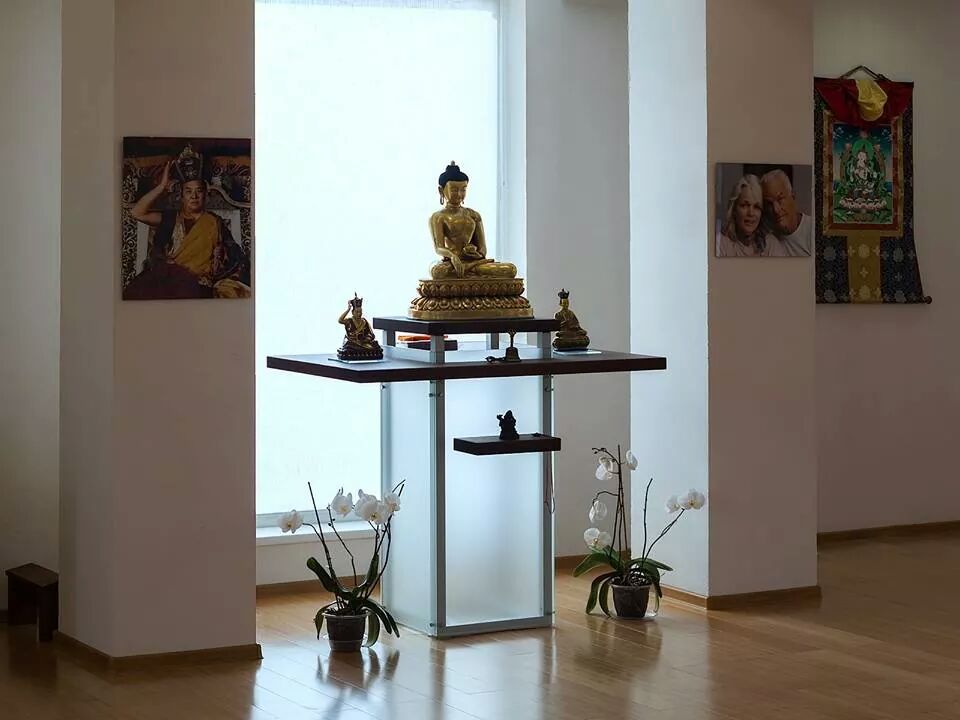 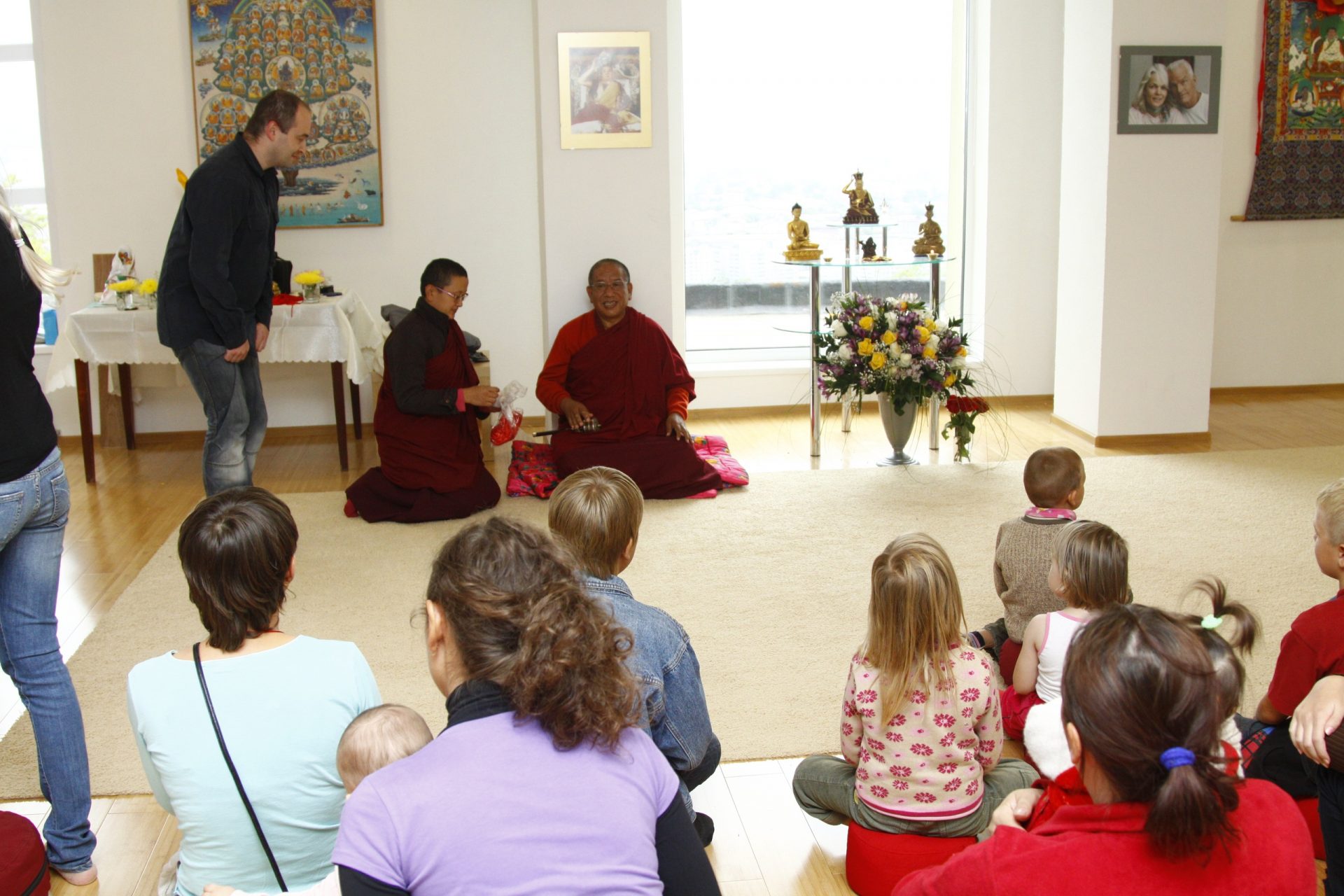 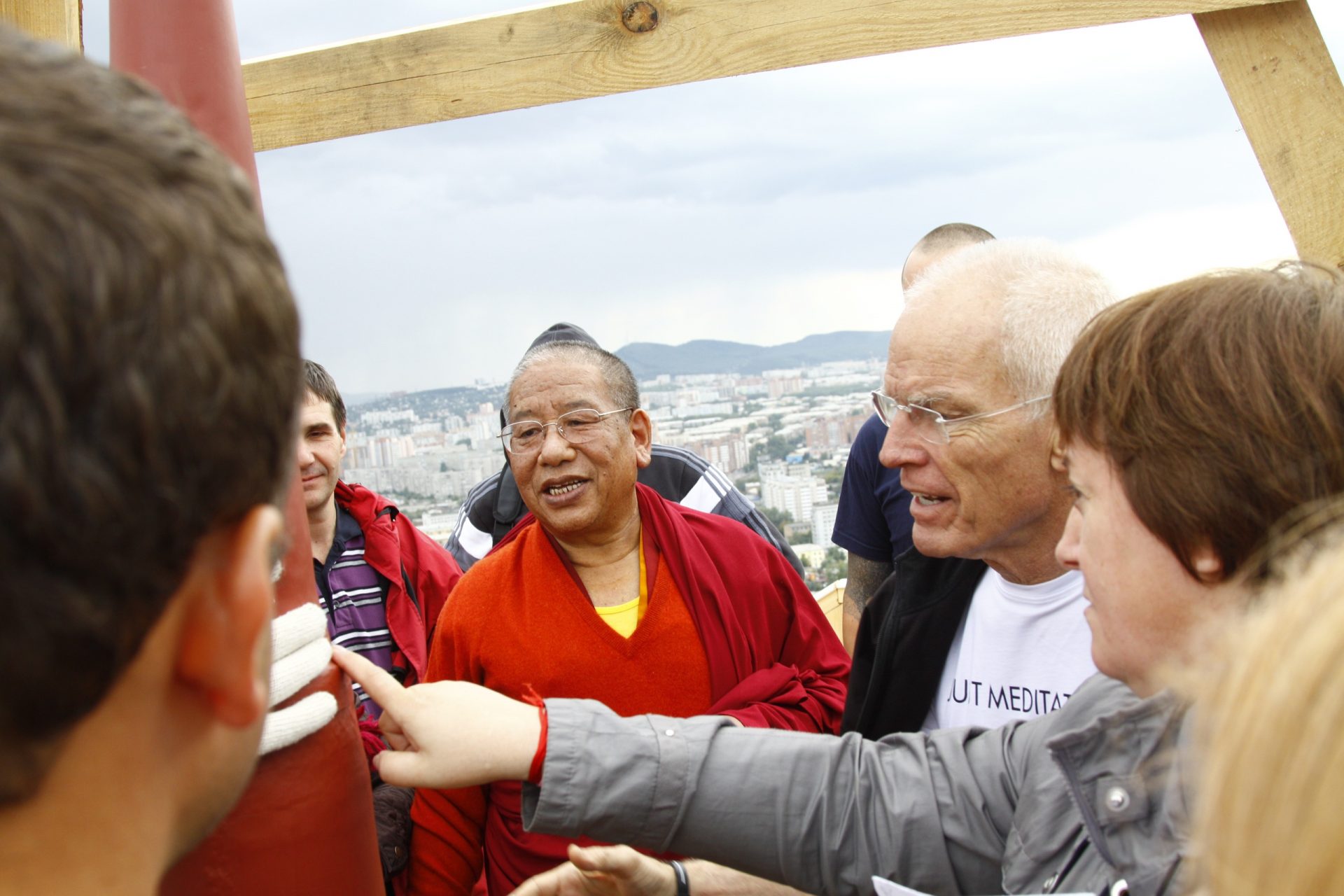