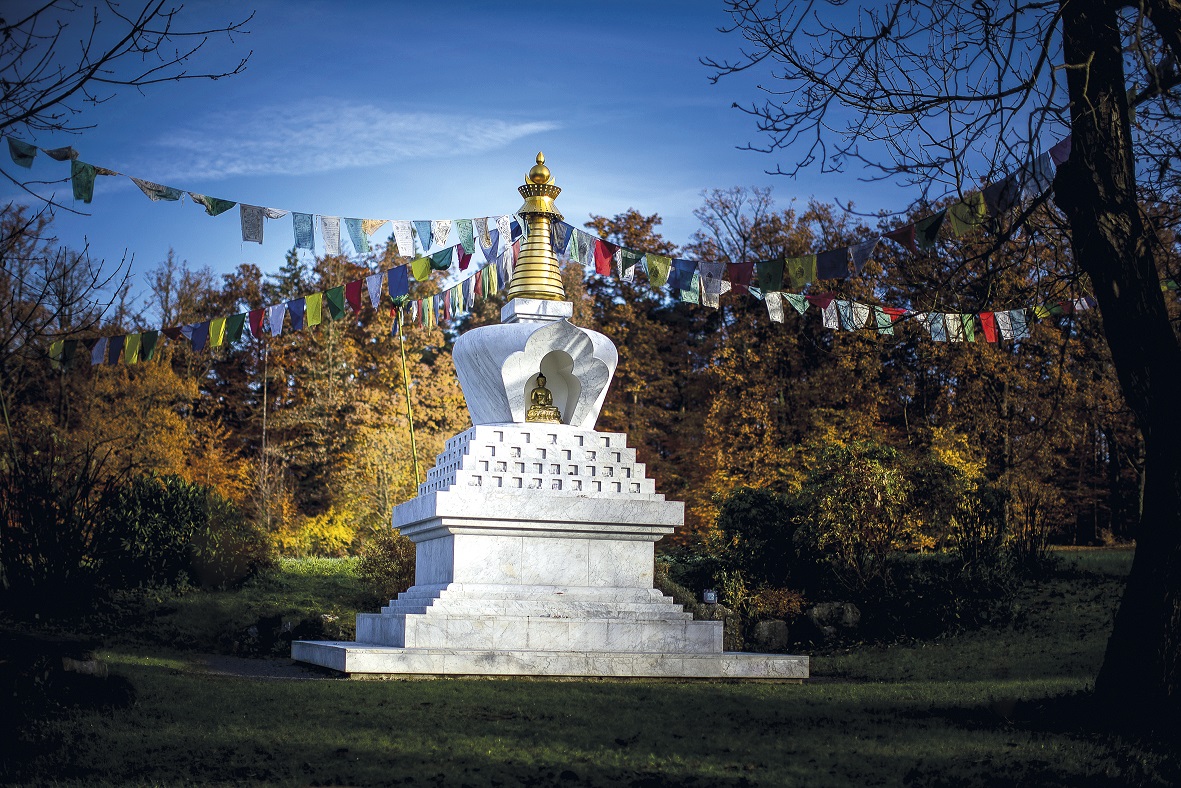 In its roots, the Graz Diamond Way Buddhist Center dates back to the year 1972, when Lama Ole Nydahl – following the wishes of the 16th Karmapa – started his activity as a Diamond Way Buddhist Lama by giving his first Buddhist teachings in Graz.
To bless this immense and increasing Diamond Way Buddhist activity Lopön Tsechu Rinpoche inaugurated a Wisdom Stupa in 1998 (Tib.: Gomang Chorten) at our freshly renovated center, where some 15 people constantly live.
In 2000 – during his first official visit to Europe – the Graz center was very happy to welcome Thaye Dorje, His Holiness the 17th Gyalwa Karmapa. At his visit in Graz four years later, Karmapa was the first guest in the new retreat house, entirely built by the sangha. In 2009, at a Mahamudra course with Lama Ole Nydahl at the Graz Center, Karmapa gave a Guru Rinpoche initiation for around 2,000 practitioners.
As a sangha we do regular Guru Yoga meditations on the 16th Karmapa; in our personal practice we mainly focus on the Mahamudra preliminaries and – after the Ngöndro – on the 8th Karmapa meditation.
We organize lectures and courses with our root lama, Lama Ole Nydahl, and other Karma Kagyu Lamas like Jigme Rinpoche and Sherab Gyaltsen Rinpoche, as well as with Diamond Way Buddhist teachers, and have a rich and vivid center life. You are very welcome to join. 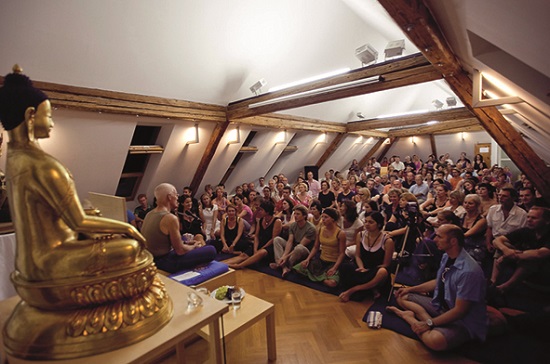