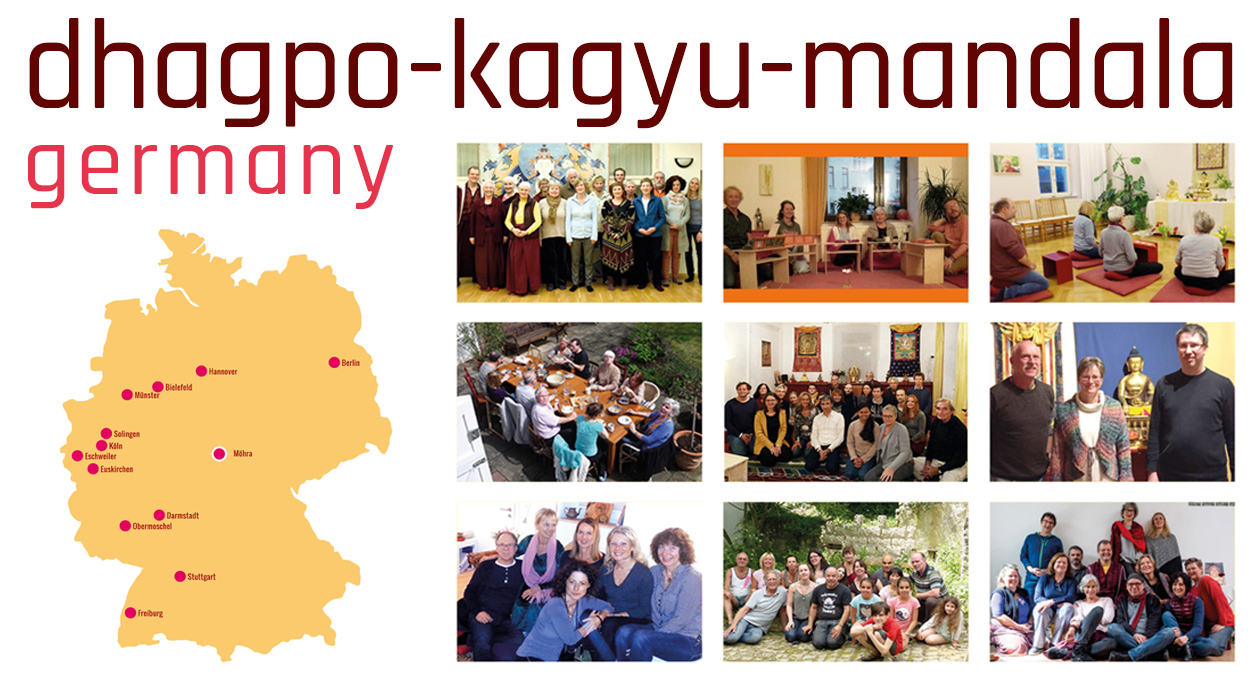 In the 1970’s, the 16th Gyalwa Karmapa asked Gendun Rinpoche to settle in Europe and teach the Dharma there. For the location for his main center the 16th Karmapa chose a site in the Dordogne (France) and named the place Dhagpo Kagyu Ling (the place at which the transmission of the Dharma is passed on that originated with the meditation master Gampopa).
1975, Gendun Rinpoche complied with his wish and arrived in France, accompanied by Jigme Rinpoche. They arrived without any personal goals or wishes – their sole intent was to realize Karmapa’s instructions in the best possible way. They did this with incredible patience and devotion and without ever saying a word about their difficult circumstances.

Soon the first people interested in the Dharma visited the place and became students of Gendun Rinpoche. In these first years the Dharma was transmitted directly through the daily living together of teachers and students. Gendun Rinpoche himself had deeply realized everything he taught. Through his living example and that of the other lamas the students learned how to apply the teachings of loving kindness, compassion, mindfulness and wisdom to their own daily lives. In this way, gradually a deep trust in the Dharma arose in them.