The Elista Diamond Way Karma Kagyu Buddhist Center was founded in 1994 by Lama Ole Nydahl. In the 23 years that the center has been in existence, it has been visited by the 14th Kunzig Shamar Rinpoche, Lama Tenzang, Lopön Tsechu Rinpoche, Lama Ole and Hanna Nydahl.
In Elista, next to the Buddhist center is the Stupa of Enlightenment. The Stupa of Enlightenment was inaugurated in 1999 by Lopön Tsechu Rinpoche, one of the highest Lamas belonging to the Drukpa Kagyu and Karma Kagyu Tibetan traditions and the first teacher of Lama Ole Nydahl. The Stupa was also visited and blessed by H.H. the 17th Gyalwa Karmapa Trinley Thaye Dorje. More about the history of the construction of the Enlightenment Stupa in Elista can be learned from the English version of the website http://elistastupa.ru/ 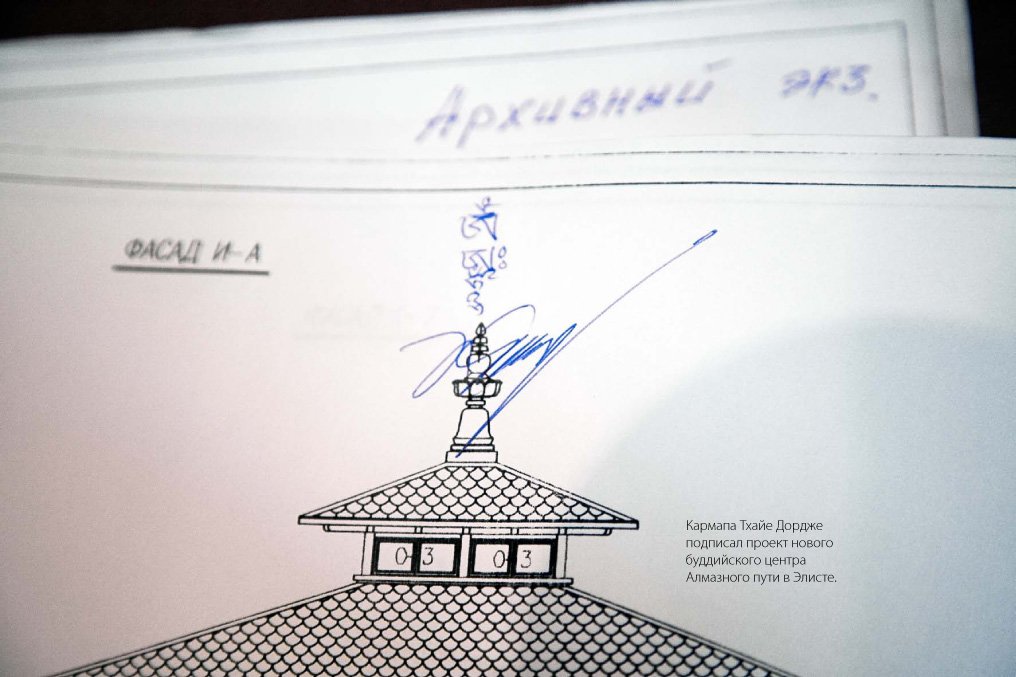