The Karmapa Healthcare Project (KHCP) is a humanitarian charity that provides medical services in the Himalayas. Thaye Dorje, His Holiness the 17th Gyalwa Karmapa, founded the project in 2005.

The charity relies on donations, which are used for medicine, equipment, and surgeries. They also fund the services of local doctors. Western doctors and assistants are unpaid volunteers.

The Karmapa Healthcare project partners with medical institutions including the Dhulikhel Hospital in Kathmandu.

Future plans include clinics in the monastery buildings themselves, which aim also to function as contact points for the local population.

Medical camp at the Kagyu Monlam

The most efficient use of resources to reach as many people as possible has been to use mobile medical and dental camps. For example,each year at the Kagyu Monlam, the Karmapa Healthcare Project run a medical camp in Bodhgaya, where up to 5,000 treatments are provided in one week.
Free treatments are provided for participants of the Kagyu Monlam as well as for the local population. Treatments include Western medicines, dentistry, optometry, acupuncture, and traditional Tibetan Medicine.

Karmapa has said of this activity that “with everybody you touch you make a deep connection for many lives, benefiting both..”

See their website for more information about the Karmapa Healthcare Project. 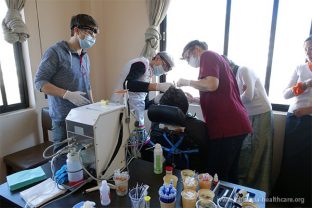 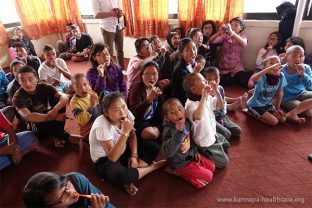 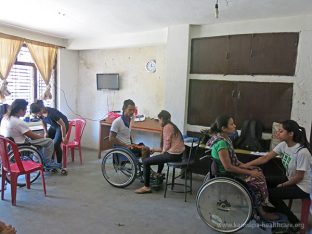