Between December 24, 2013, and January 2, 2014, the second meditation retreat was held at KIBI in New Delhi. This year the focus was on the so-called common preliminary practices, also known as the “Four Reflections That Turn the Mind” (tib. lo dog nam zhi). Over a hundred practitioners, both from India and from abroad, participated in the retreat, which was guided by Thaye Dorje, His Holiness the 17th Gyalwa Karmapa, His Eminence Jamgon Kongtrul Rinpoche and Ven. Dubsing Rinpoche 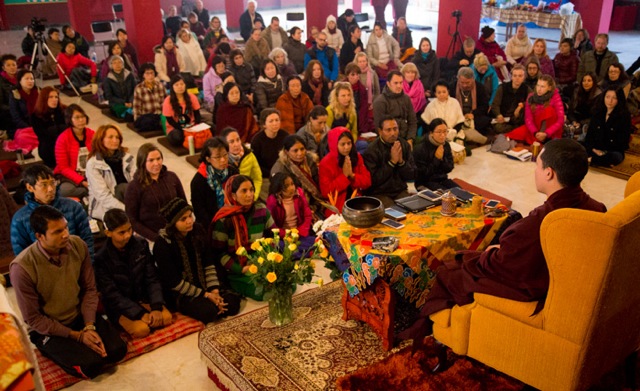 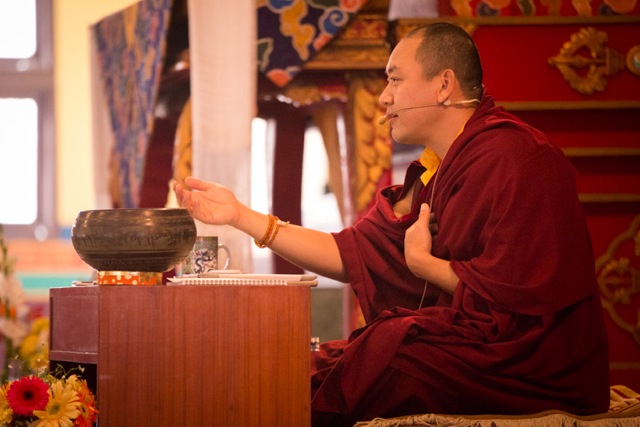 Ven. Dubsing Rinpoche gives instructions on the lo dog nam zhi (the four reflections that turn the mind away from samsara and towards enlightenment) 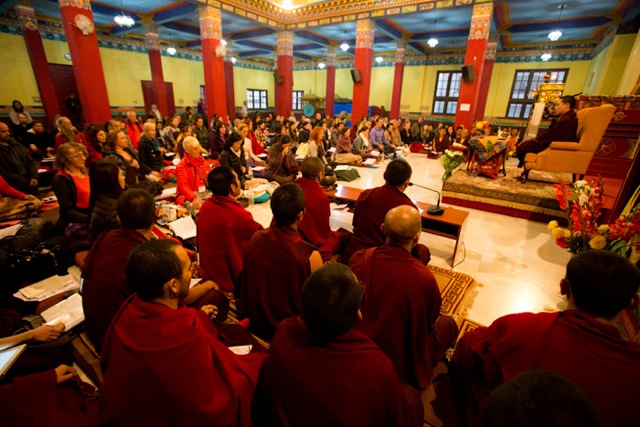 Thaye Dorje, His Holiness the 17th Gyalwa Karmapa, guiding a session of meditation 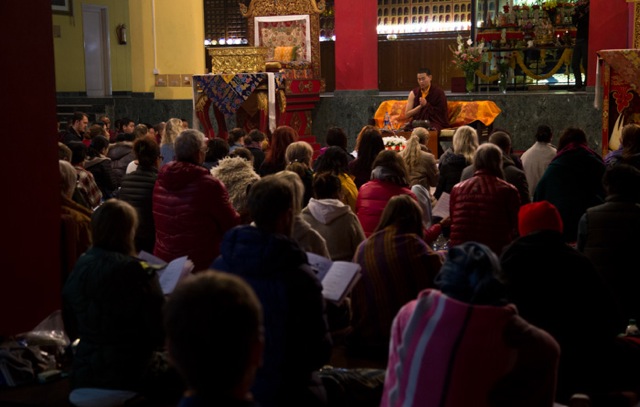 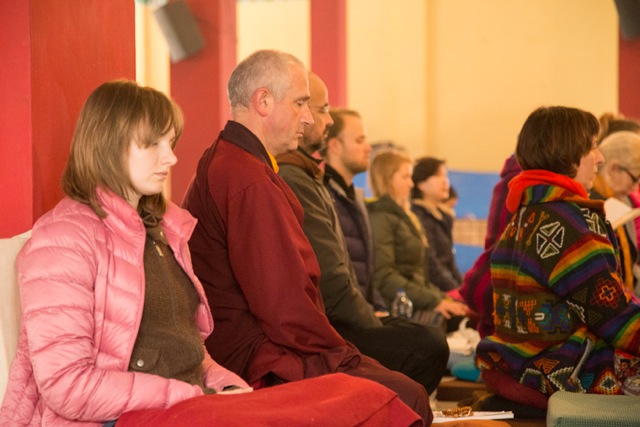 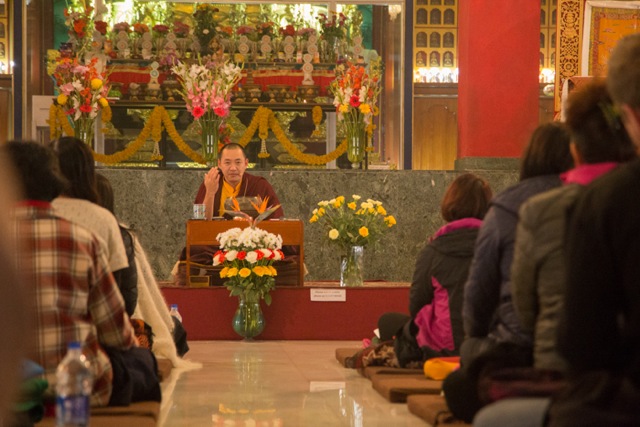 Ven. Dubsing Rinpoche is one of the main teachers during the entire meditation retreat 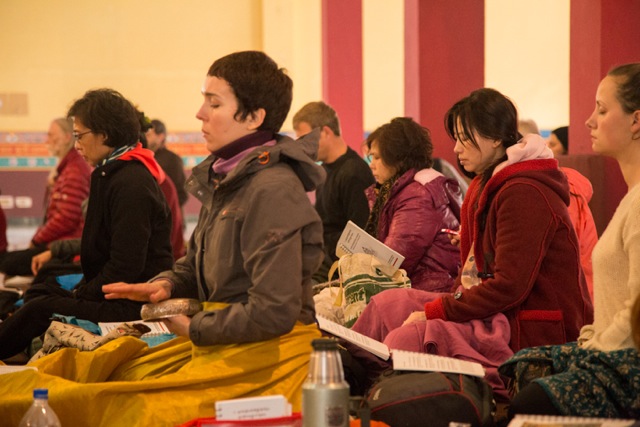 Every morning the practitioners start their day by taking the sojong vows, transmitted by Thaye Dorje, His Holiness the 17th Gyalwa Karmapa, or Ven. Dubsing Rinpoche 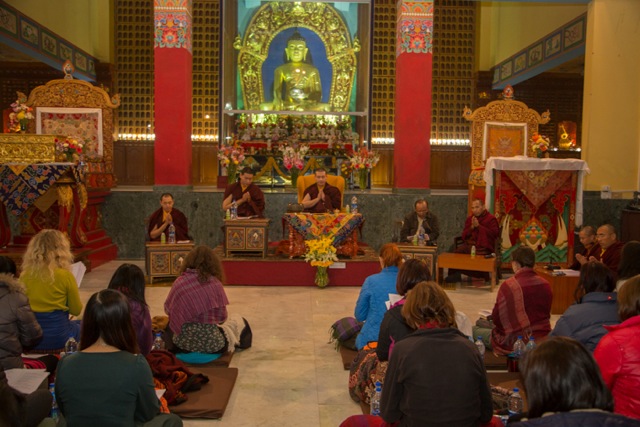 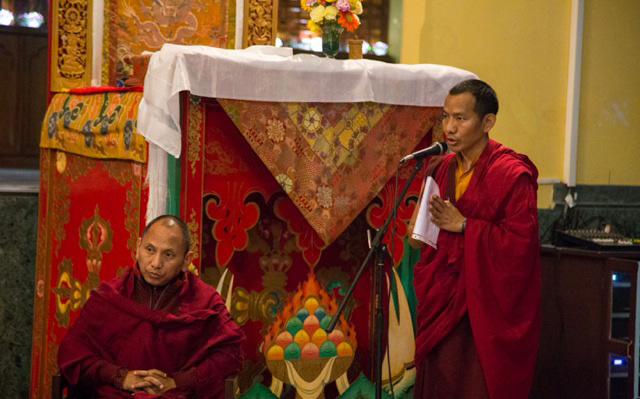 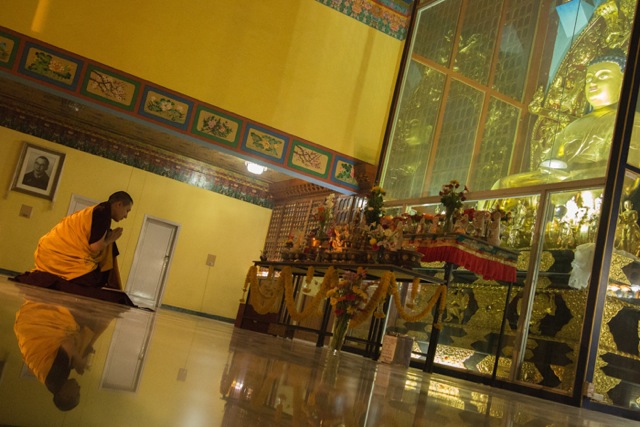